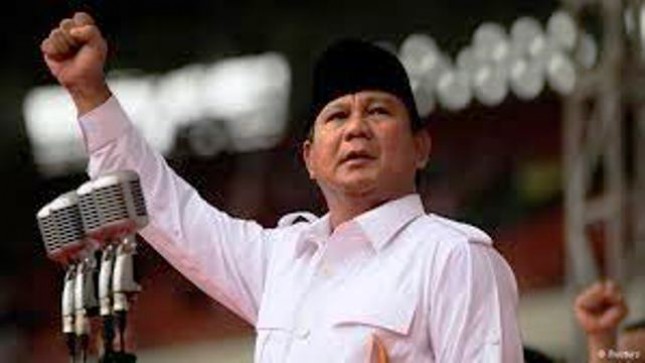 "We are not anti-foreign, we need labor with foreign capabilities but we are prioritizing our people," Prabowo said in the National Seminar of "End of Corporate Greed Toward a Prosperous Country" organized by the Indonesian Trade Union Confederation (KSPI) in Building Joang 45, Jakarta, Sunday (29/4/2018)

Prabowo said there are still many Indonesian people who do not have decent work yet. Therefore, employment opportunities should be widely shared for Indonesian citizens.

"Our people do not have a good and decent job, so our women are forced to become helpers in other countries, they leave husbands, children and families to send money to their villages, so we allow foreign workers to come in," he said. .

Prabowo said the Indonesian state should be friendly with foreign countries but should also safeguard the interests and welfare of all the people of Indonesia and be vigilant that natural resources are not exploited by other nations.

According to him, the people of Indonesia should be equipped with the knowledge and skills to fulfill the jobs with the skills needed to build the nation. Thus, the Indonesian state can use domestic human resources to fill the needs of skilled workers.

"If our people cannot afford our duty of Indonesian state leaders to make our people able, if the people are not smart the duty of this country's leader to make smart people," he said.

KSPI will voice one of the revocations of Presidential Decree Number 20 of 2018 which regulates Foreign Workers (TKA) on the anniversary of International Labor Day on May 1, 2018.

Meanwhile, KSPI President Said Iqbal said that the Presidential Regulation could add to the constraints of the people to get a job in their own country.

The attitude of the government previously, the Minister of Justice and Human Rights Yasonna H Laoly as reported by Antara considered the issue of foreign workers too politicized and overestimated.

"So this is too politicized, there has been a working meeting with the House of Representatives Commission IX yesterday about it, already explained by the State Secretary (Secretary of State Secretary Pratikno) So I think if the question of foreign labor is deliberately spread and exaggerated," said Yasonna after attending the event of the 54th Anniversary of the Community Service of the Directorate General of Corrections, Jakarta, Friday (4/27/2018)

According to him, Presidential Regulation (Perpres) No. 20 of 2018 on the Use of Foreign Workers is published so that the process of handling foreign workers more quickly and transparently.

"We want is that the process is faster, transparent, that is what the perpres will use," he said.

He also said that however Indonesia needs investment.

"It will be said to take the work of Indonesian people, if the investment does not come there is work?" he said.

Employment Minister Hanif Dhakiri said the number of foreign workers in Indonesia is still relatively proportional after the issuance of a Presidential Regulation on foreign workers and asks all parties not to worry about it.