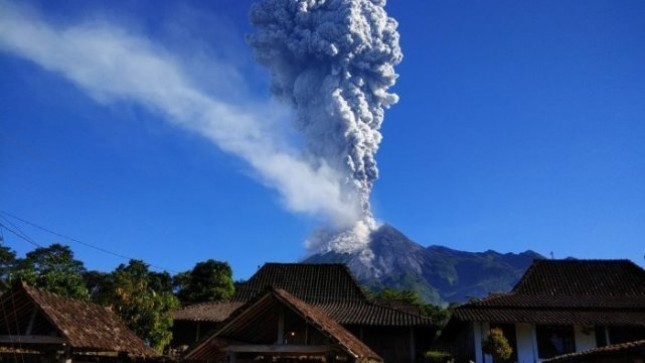 INDUSTRY.co.id - Yogyakarta - After the occurrence of natural eruption of Mount Merapi eruption last week, there was a decrease in hotel occupancy in Yogyakarta. This is stated by the Chairman of the Association of Hotels and Restaurants Indonesia (PHRI) Yogyakarta, Istijab M Danunagoro.

"There are about 15 to 20 percent decrease in occupancy rate compared to last year," said Istijab in Yogyakarta on Friday (1/6) yesterday, as quoted by CNN.

In addition, not only the impact of the eruption of Mount Merapi whose status is now a Warning, decrease in hotel occupancy in Yogyakarta is also caused by the issue of terrorism and 'low season' during Ramadan.

"Moreover, coupled with the increasing number of hotel rooms in Yogyakarta that also affect its market share," added Istijab.

This is justified by the Executive Secretary of one of the hotels in Yogyakartya, Pipin.

Pipin states, the average occupancy in the hotel usually reaches 50 to 100 percent, but currently slumped away to 35 to 60 percent.

"The decrease in hotel occupancy has not been seen as significant due to the eruption of Mount Merapi. Cancellations caused by Merapi's condition also do not exist, "said Pipin.