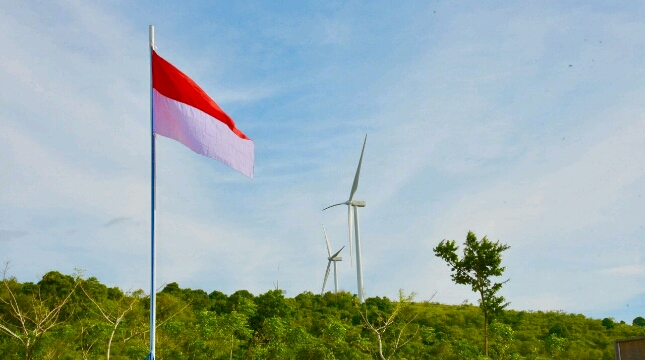 Infrastructure Project Inaugurated electricity and groundbreaking on this day total capacity is 757 megawatts (MW) with an investment value of more than US $ 1.168 billion. The infrastructure project also absorbs up to 4,480 workers from construction to operational. The power plant is part of the 35,000 MW electricity program.

Quoted from the official website of the Ministry of Energy and Mineral Resources Monday (2/7/2018) mentioned, the availability of adequate electricity will drive the wheel of development and investment that has been centralized in the western part of Indonesia shifted to the east. 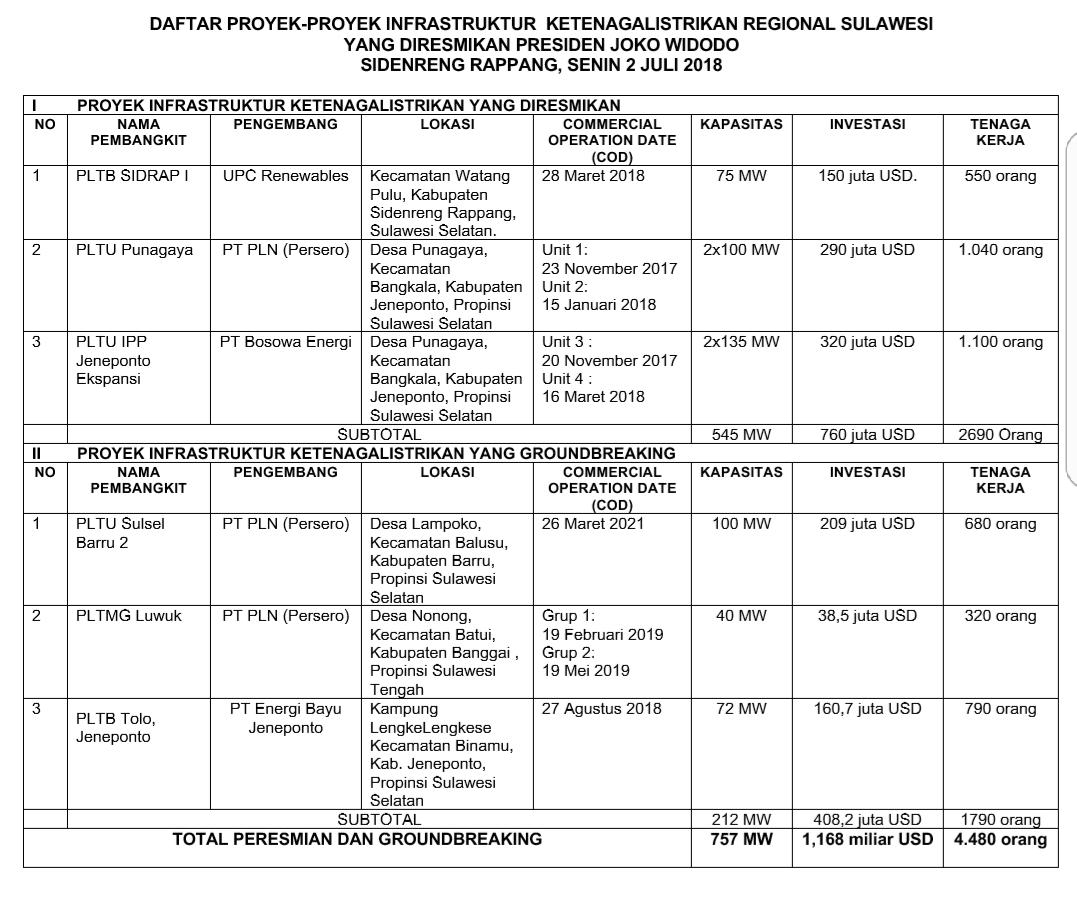 Sidrap I PLTB is the first commercial scale wind power plant in Indonesia. Completion of the construction of this project is carried out within 2.5 years (August 2015 s.d. March 2018).

A total of 30 windmills with a tower height of 80 meters and a propeller length of 57 meters, each drive a 2.5 MW turbine. Sidrap I PLTB has been in operation by the end of March 2018 and can flow more than 70,000 electricity customers with 900 VA power. Domestic component level (TKDN) of PLTB Sidrap I reaches 40%.

The inauguration of the Sidrap I PLTB is the government's commitment to realize the New and Renewable Energy (EBT) primary energy mix of 23% by 2025. In addition, the inauguration of power infrastructure projects also shows the Government's performance to continue working to meet the electrification ratio in Indonesia.

As is known, National electrification ratio target until 2019 more than 99%. In addition, the Government also ensures no increase in electricity tariffs until 2019.