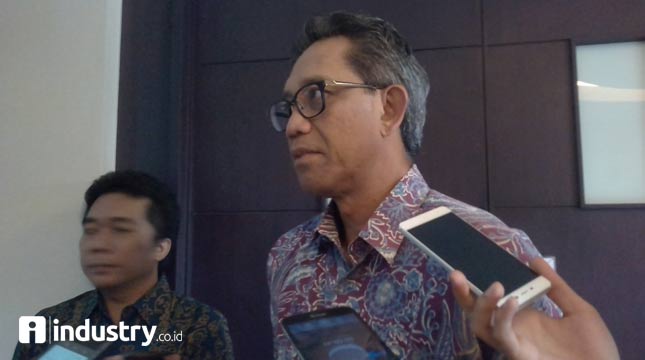 INDUSTRY.co.id - Bogor, After the signing of cooperation between Garansindo Group, Institute of Ten November (ITS) with PT Wijaya Karya (Wika) Industry and Construction to produce, Garansindo Electric Scooter ITS (GESITS) in Cileungsi, Bogor, West Java, Friday (18 / 8). Targeted, electric motor work of this nation's children can be produced as many as 11 thousand units per year.

The Ministry of Industry considers environmentally friendly motorcycles such as electrically powered ones that do not require tax incentives. Therefore, tax incentives that will be provided through the regulation of low carbon emission vehicle (LCEV) later is for alternative fuel cars only.

It was expressed by the Director General of Metals, Machinery, Transportation and Electronics (ILMATE) Industry Ministry, I Gusti Putu Suryawirawan while attending the ceremony of the signing of the production of electric motor gesits between PT. Wijaya Karya (Wika) Industry and Construction with Garansindo Group and Sepuluh Nopember Institute of Technology (ITS), Friday (18/08/2017) in Cileungsi, Bogor, West Java.

"As we know, an industry without the existence of research and development facilities (in Indonesia) like a factory deposit person," said Putu.

Putu said the Ministry of Industry supports Kemenristek and Dikti step to develop electric vehicles. One of them through facilitation in utilizing the component industry that has been well established for components that can’t be done all by Wika Industry and Construction. "Thus, later when people use these vehicles throughout Indonesia do not experience spare parts problems," he said.

"Regulation is expected to not shackle, but must follow the innovation of the products produced by the nation's children. It needs to improve the regulation so that national product innovation can grow despite facing competition," he added.

As is known, GESITS electric motors plan to start the production phase in December 2017 at the factory located in the industrial complex belonging to Wijaya Karya. According to the plan, the buyers will already receive their first unit in the first quarter of 2018.