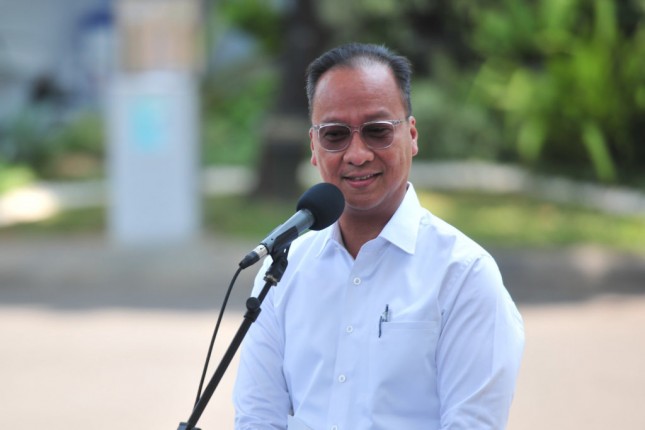 INDUSTRY.co.id - Minister of Industry Agus Gumiwang Kartasasmita has expressed optimism that growth in industrial sector in 2022 will reach 5 – 5.5 percent provided there is no another wave of COVID-19 cases in the country.

For that reason, he said that the Government continues to roll out various strategic programs and policies that support the performance of industrial sector in a bid to create a favorable business climate.

For the record, in the second quarter of 2021, manufacturing industry sector managed to record a positive growth of 6.91 percent despite pressure from the COVID-19 pandemic.

“The Government hopes that the report for the third quarter of 2021, which will be released in early October, will continue to show a positive figure for us to develope manufacturing industry sector,” he explained.

The Minister also underscored that his Ministry remains focused on implementing prioritized programs and policies that can support the performance of industrial sector, such as the implementation of the 35 percent import substitution program in 2022.

This strategic effort, he continued, aims to reduce dependence on imported products, while at the same time encouraging the strengthening of structure of domestic manufacturing industry.

“We implement this strategy stimulate investment growth in the import substitution industrial sector and increase the utility of the domestic industry,” Agus said, adding that this policy will be supported by optimizing the domestic goods usage intensification (P3DN) program.

The Minister went on to explain that under the Making Indonesia 4.0 Roadmap, there were initially five sectors that became development priorities to enter the Industrial Era 4.0. However, in the midst of the COVID-19 pandemic, the Ministry added two more sectors to support the national economy.

“Those seven potential sectors are food and beverages, textile and clothing, automotive, electronics, chemical, medical devices, and pharmaceutical industry sectors,” he said, adding that the target is to make Indonesia among ten countries with the strongest economy in the world by 2030.

“The target is still realistic to be realized,” Agus said.

The Minister added that the achievement of import substitution to date is still on the right track.

“We continue to monitor and evaluate the achievement of this import substitution according to the target given on the respective sector. Then, we will seek solutions to some of the obstacles. If this program can be achieved according to the quantitative target, we are optimistic that the industrial growth target of 5-5.5 percent next year can be realized,” he explained.

Agus further said that the contribution of the non-oil and gas manufacturing sector to the national GDP in the second quarter of 2021 was 17.34 percent, with the five largest contributors to the industrial sector to the national GDP being food and beverage industry, chemical, pharmaceutical and drug industries, metal goods industry, computers, electronic goods, optical and electrical equipment, transportation equipment industry, and textile and apparel industry. Meanwhile, World Bank data shows that throughout 2020 when the COVID-19 pandemic spread across the world, Indonesia still managed to maintain its status as an industrial or manufactured based country with the contribution of the sector (oil and gas and non-oil and gas) to national GDP exceeding 18 percent.

“Ministry of Industry has taken numerous steps to leverage added value in the industrial sector, including encourage downstreaming, import substitution, and encourage domestic industry as part of the global supply chain,” said Agus.

The results are reflected in data on Indonesia’s Manufacturing Value Added (MVA), which reached US$281 billion or the highest compared to that of other ASEAN countries.