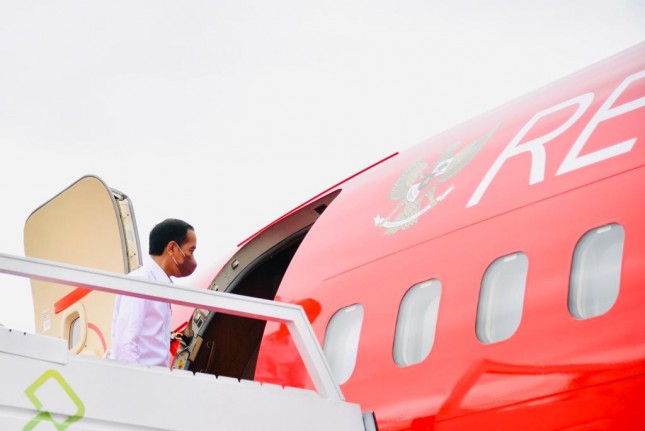 Departing from Halim Perdanakusuma Air Force Base, Jakarta, at around 08:00 Western Indonesian Time, the Head of State and his entourage left for Iswahjudi Air Force Base, Magetan regency, East Java province.

Upon his arrival in Magetan, President Jokowi will head immediately to Trenggalek regency using the Air Force’s Super Puma Helicopter.

In Trenggalek regency, the President is slated to inspect and inaugurate the dam of Tugu in the regency.

In addition, he is also slated to inaugurate the dam of Gongseng in Bojonegoro regency. Afterwards, the President is also scheduled to plant rice with farmers in Buluagung village, Karangan district, Trenggalek regency.

Shortly after the rice planting, President Jokowi and his entourage will head back to Magetan regency with Super Puma Helicopter and return to Jakarta using Indonesia-1 Presidential Aircraft from Iswahjudi Air Force Base.