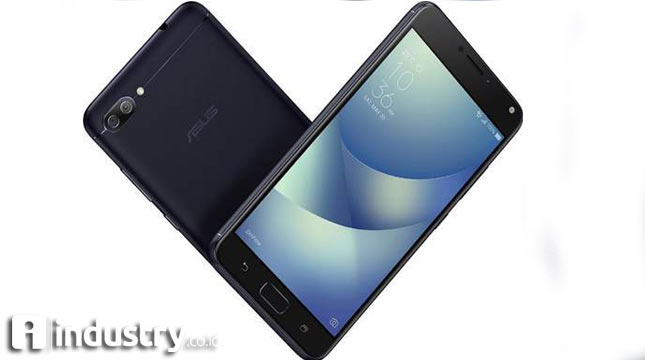 INDUSTRY.co.id - Jakarta - In mid-August ASUS inaugurated the presence of the fourth generation of its flagship smartphone, ASUS ZenFone, in the Asia Pacific region. The official launch conducted in Taipei, Taiwan is also confirmed ASUS focus to bring the smartphone with capable photography capabilities.

Featuring the theme We Love Photo, ASUS brings a breakthrough in the mobile photography industry with the release of all variants of ZenFone 4 with dual camera features. In fact, ZenFone 4 is the first line of smartphones in the world that all types use dual cameras.

"We will present the official ASUS ZenFone 4 Max Pro ZC554KL in the Indonesian market on September 7," said Galip Fu, Country Marketing Manager, ASUS Indonesia. "This smartphone will be available immediately in sufficient quantity to meet the needs of users across the archipelago," he said through an official statement to INDUSTRY.co.id, Thursday (8/31/2017).

Targeting the segment of smartphone users who are increasingly fond of photography, ASUS ZenFone 4 Max Pro uses a combination of two 16MP cameras on the front and on the back. For the camera behind itself, there is also an additional one wide camera that can capture images up to 120o angle. As for the front camera, available soft LED for taking photos in dim condition.

"ZenFone 4 Max Pro is designed with advanced dual-camera system that makes mobile photography up to the next level," said Galip. "The 16MP main camera with f / 2.0 aperture is able to capture images with crystal clear, wide 120o lenses available allowing more people to enter the frame when shooting inside or outside the room," he said.

To make it easier, Galip added, users can also set up instantly want to shoot with a normal camera or a wide camera just by pressing a button only.

Inside the ZenFone 4 Max Pro, ASUS stores an extra-capacity lithium polymer battery, which is 5.000mAh. This battery is designed in such a way as to produce maximum energy, even in a very thin form.

"With that much energy, users can do many things, from browsing more, watching longer videos or talking as often as possible without worrying about running out of batteries in the middle of the day," said Galip.

In the test, Galip added, ZenFone 4 Max Pro can be used for 26 hours non-stop to surf the web via Wifi, play movies for 22 hours non-stop, or talk on 3G networks for 40 hours in a row. "If left standby while staying connected to the 4G network, the battery can last up to 46 days," he said.

As of September 7th, 2017, call Galip, ASUS ZenFone 4 Max Pro will be available at various official outlets of ASUS distribution partners in Indonesia.