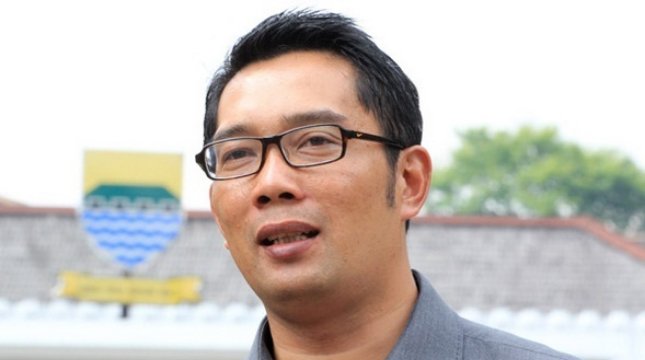 This letterhead ensures that the political constellation of West Java Pilgub will change. If it is true carrying Ridwan Kamil, then Regent Purwakarta, who is also Chairman of DPW Golkar Party West Java Dedi Mulyadi will be threatened will not follow Pilgub Jabar.

Golkar DPP letterhead circulates among media crews, whose contents support the Mayor of Bandung as a candidate for governor.

The letter does not yet have the number, or the date, but there is already the signature of Ketum Golkar Setya Novanto and Secretary General of Golkar Idrus Marham at the bottom of the letter.

"The Central Executive Board of the Golkar Party decides and authorizes Mr. Mochamad Ridwan Kamil ST MUD as a candidate for Head of Region in pair with Mr. Daniel Mutaqien Syafiuddin ST as the candidate for Vice Regional Head of West Java Province who carried the Golkar Party in the Pilkada simultaneously Round 3 of 2018," the letter read.

Chairman of DPW Golkar Party of West Java, which is also Purwakarta Regent Dedi Mulyadi ordered to follow up kepusan it. The decision of the DPP is final.

Responding to the circulation of the letter, Dedi Mulyadi admitted astonished because the condition of Setya Novanto who lay sick, cannot dare to take important decisions.

"Mr. Setya Novanto was operated at the heart of the hospital, the time of the heck people in the surgery just finished the healing period can decide that quickly," Dedi said when contacted by reporters, Friday (22/09/2017).

Dedi said, it is difficult to imagine the condition of severe pain, Setnov, call Setya Novanto, can determine decisions that concern the lives of many people including the Golkar party.

"In the middle of a serious illness, I still have time to make a meeting and decide the candidates for governor and cawagub regarding the life of 46 million people of West Java and the continuity of Golkar party," said Dedi.

Meanwhile, Golkar DPP Assistant Secretary Hasan Syadzily did not deny about the appointment of Ridwan Kamil so cagub Golkar. But he did not want to talk about the contents of the letter.

"Firstly, the Golkar Party's DPP issued the letter must officially conduct a meeting, involving all elements in the DPP Golkar Party, including the Chairman of West Java Province DPD," said Ace.