Pest Academy 2017 Will Attend by Hundreds of Participants 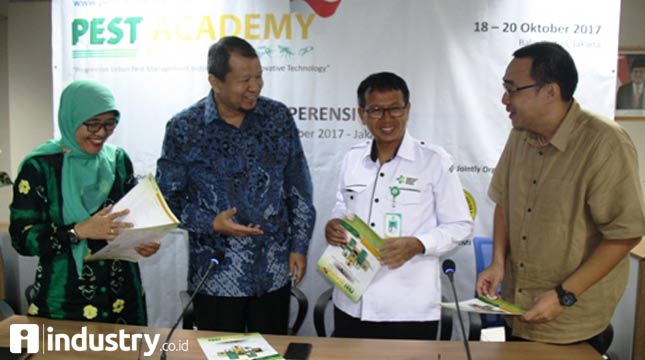 INDUSTRY.co.id - Jakarta - The first and largest Pest Control and Technology Industrial Innovation Conference in Indonesia PEST ACADEMY 2017 will be held soon. The event is planned to be held for three days 18 to 20 October 2017 at Balai Kartini, Jakarta.

The exhibition held by the Association of Indonesian Pest Control Companies (ASPPHAMI) in cooperation with PT Media Artha Sentosa (MAS) will showcase the latest technological innovations in pest control.

Media Director of Artha Sentosa (MAS), Teddy Halim revealed that PEST ACADEMY 2017 is the organizing of the first pest control and exhibition conference held in Indonesia.

He said the conference would be attended by hundreds of participants consisting of all members of ASPPHAMI, pest and vector control practitioners, researchers and academics, central and local government, government agencies and agencies, pest control service users from various industry sectors to equipment suppliers and pesticide.

"We will also involve speakers and exhibitors from America, Japan, Germany, Australia, China, Singapore, Malaysia and others," said Teddy in Jakarta, Thursday (5/10/2017).

Teddy, said at least there are now more than 20 exhibitors who will exhibit pest control innovations. Not only pesticide producers but also equipment and technology producers also took part in the PEST ACADEMY exhibition.

He projected the number of visitors in 2017 pest academy title is about 1,000 business visitors. "We expect the PEST ACADEMY 2017 to have a positive impact on the progress of the pest control industry and the level of public awareness of pests," said Teddy.