President Jokowi Not a Problem Called Too Ambitious 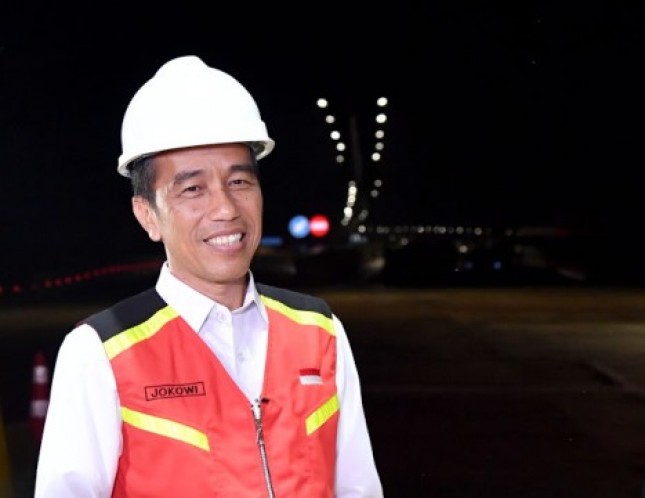 INDUSTRY.co.id - Semarang - President Joko Widodo insists that it is not a problem if there are many parties who call it too ambitious, especially in setting the target of infrastructure projects including 35,000 MW power plants.

"The power plant is also the infrastructure, why is it built? We are many who say we are too ambitious in five years targeting 35,000 MW, whereas 72 years we can only build 53,000 MW, it's okay, the target must be big, ambition should be like that," said President Joko Widodo (Jokowi) when delivering Scientific Oration in the framework of 60th Anniversary of Diponegoro University (Undip) at Undip Stadium Semarang, Tuesday (17/10/2017)

According to him, if the target is not set high then Indonesia's competitiveness will lag far behind other countries.

It is true he asserted about Indonesia's competitiveness is left behind compared to other countries.

That means that goods sold in Indonesia will be more expensive than other countries.

"Why does our infrastructure build the answer there, we want our competitiveness better than other countries, our 'global competitivness' must be improved, this year is quite jumping from 41 to 36 from 137 countries," he said.

The President also conveyed various infrastructure projects that continue to be boosted by the state budget that focuses on infrastructure.

"'Airport' is also the same, our country has 17 thousand islands, some can use boats, but some cannot use boats, therefore in remote islands in Natuna, Miangas, we build airports," he said.

On that occasion, the President also expressed his appreciation for the results of applicative research conducted by Undip.