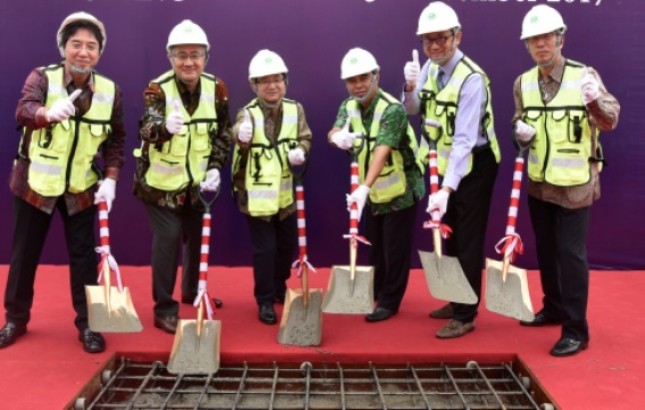 President of Tokyu Land Corporation, Tokyo - Yuji Okuma in a press release received by Redasi on Sunday 3/12/2017) announced that the BRANZ Simatupang condominium project will be developed by a subsidiary in Indonesia, PT Tokyu Land Indonesia, headquartered in Jakarta the official has reached the topping process off.

President Director of Tokyu Land Indonesia also contributed to the building of a mosque in the South Jakarta mayor's office which was given Ceremonically to South Jakarta Mayor Tri Kurniadi.

The BRANZ Simatupang project has great potential, not only because there is easy access to Soekarno-Hatta International Airport through newly opened highways, but this location is expected to have more convenient access with MRT.

In addition, this condominium is not only targeted for local residents but also will be leased for foreign residents (expatriate) because this area will be supported by the existence of hospitals, shopping malls, to international school.

BRANZ Simatupang has a total area of ​​15,000 square meters and will be built 2 Condominium 27 floors with 381 units. The first unit on the south has been sold out, while the second tower is on the north with 1 bedroom (56sqm) and 2 bedrooms (125m2) and the north tower has already sold about 50%.

After being marketed in 2015, now the average unit price of BRANZ Simatupang has increased by 10%.