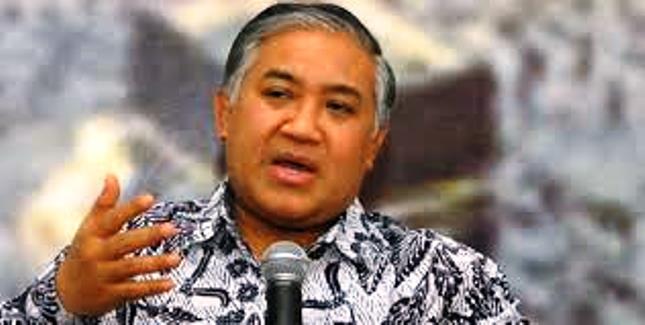 "Criticize strongly and reject the decision which is a form of aggression, provocation and radicalism are real," said Din to the media crew in Jakarta, Thursday (7/12/2017)

Trump himself will gradually move his embassy offices from Tel Aviv to Jerusalem. For the action, Din called the decision to open and prove the US double standard.

Even Din assessed the US has no intention to create peace in the city of three religions. Even the US decision could trigger the act of radicalism as a reaction to global injustice created by the superpower.

"So far the US has not seriously resolved the Israeli-Palestinian conflict in justice," said Din, who is also chairman of the Indonesia-Palestine Friendship Initiative (PPIP).

For that, the former chairman of the Muhammadiyah Central Executive urged President Donald Trump to revoke his decision. He also invited the Organization of Islamic Cooperation (OIC) to take political and diplomatic steps to cancel or ignore the decision.

Action against Jerusalem, he said, should be divided into two: East Jerusalem for Palestine and West Jerusalem for Israel. Can also be made Jerusalem as International Holy City for the adherents of three religions Samawi namely Jews, Christians and Muslims.

Trump's own decision on his admission of Jerusalem to the Israeli capital city is controversial. On his one-sided step, Trump gained protests from a number of countries, including from some of his allies such as France, Turkey and others.