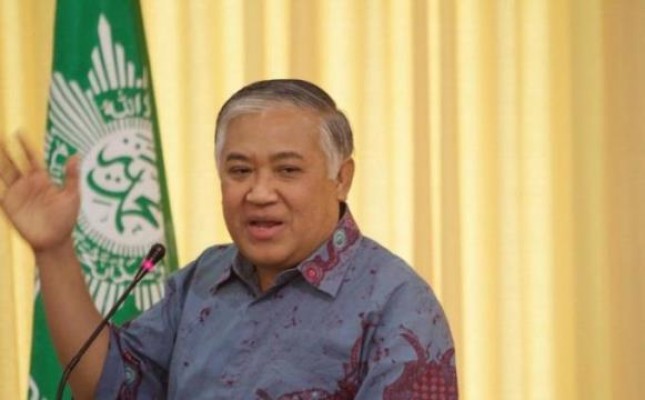 INDUSTRY.co.id - Jakarta - The President's Special Envoy for Dialogue and Interreligious Cooperation and Civilization Din Syamsuddin asked the public not to ignore hoax or false news that damages the life of the nation and the state.

"People should be careful and actively make observations in anticipation Do not be ignorant and impressed do not care," said Din in Jakarta, Tuesday (27/2/2018)

He hopes that as time goes by people will be able to recognize false news, provocative news, and soothing news.

Chairman of the Advisory Council of the Indonesian Ulema Council (Wantim MUI) said those hoaxes are a big danger because they can be vehicles of certain parties to fight and defame.

"Obviously, it is very dangerous if there is a spreading of hoaks which in religious language is said to be slander, even if the news is true, but used to cornering other parties, of course it is not justified by any religion," he said.

Chairman of PP Muhammadiyah 2005-2015 period is asking the religious people, especially Muslims to always have to be careful of the news that is not necessarily the truth.

He hopes the hoax will not be scattered in the run-up to regional head elections this year which will make the atmosphere moody.

"The hoax news was released and distributed by fanatical supporters for a particular political interest, especially since the elections were coming up and then the fanatics responded," he said.

In order for hoax not to appear continuously in the community, Din asked the authorities to act decisively by taking a just legal approach indiscriminately. (Ant)