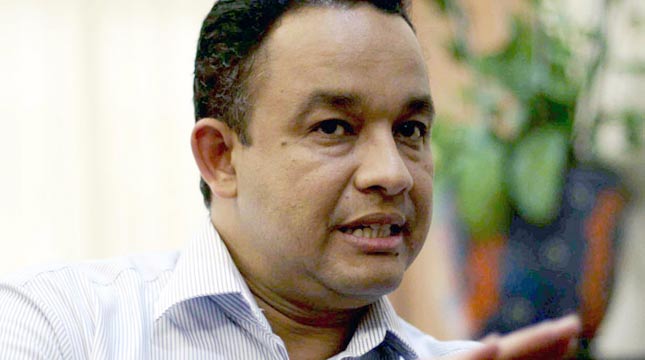 Anies Governor Encourages Citizens to Use Public Transport During Mudik

INDUSTRY.co.id - Jakarta - Jakarta Governor Anies Baswedan called US President Donald Trump's unilateral decision and claim to East Jerusalem as the capital of Israel is wrong and has fatal consequences.

"We are all aware that President Trump's decision to recognize Jerusalem as the capital of Israel was a false, fatal decision," Anies told media crews.

Anies who once served as mendikbud was even openly opposed the decision of US President Donald Trump who recognizes Jerusalem as the capital of Israel.

According to him, Jerusalem since ancient times and historically belonged to the Palestinian people.

"We are opposed to Donald Trump's decision, we still recognize Jerusalem belonging to Palestine," Anies said.

In particular, the Governor of DKI Jakarta praised the participants of the Palestinian Defense movement which has strengthened its determination despite the uncertain weather, sometimes the scorching heat, but instantly it could be heavy rain.

Participants of the action could have enjoyed a vacation at home with the family but they chose to implement the Palestinian Bela movement.

"Today we continue to support Palestinian independence," he said.

He called on all sides to support the Palestinians because Trump had mistakenly recognized Jerusalem as the capital of Israel.