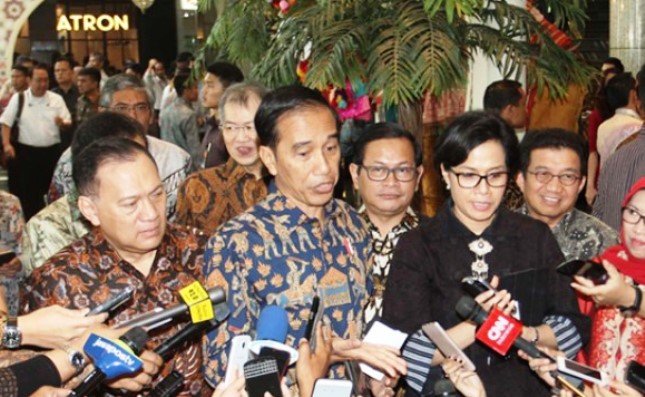 INDUSTRY.co.id - Jakarta - Finance Minister Sri Mulyani Indrawati said President Joko Widodo has asked for a social, political and economic review of the redenomination plan or the simplification of the value of the rupiah.

"The President asked this to be discussed first from the social aspect, the political side, the economic side," said Sri Mulyani, in Jakarta, Tuesday (7/25/2017)

Sri Mulyani said the redenomination plan was re-proposed by Bank Indonesia after the previous agenda of simplifying the value of the rupiah currency once rolled in 2013.

However, before the government and Bank Indonesia proposed a discussion on the Redenomination Bill, the President expected the study so that this plan would not cause negative perception among the people.

"Do not get misunderstood and do not let this become an unproductive problem for our economy," said the former Managing Director of the World Bank as well.

Sri Mulyani ensured the President also asked him to coordinate with Bank Indonesia to finalize a plan that could take seven years.

"The president asked me to coordinate with the Governor of Bank Indonesia to see this process and will be presented in a limited cabinet meeting before any political or legal process," she said.

Sri Mulyani has not been able to ensure that the Redenomination Bill can be included in Prolegnas 2017, as there are currently around 15 bills that are priority discussions with the DPR.

"Of course we will communicate with the House Commission XI on the schedule that is still possible, especially in completing various other bill commitments, but the maximum effort," she said again.

Regarding this redenomination plan, Sri Mulyani conveyed the importance of a deep understanding of this agenda that simplifying the value of currency is not a sanering.

In addition, socialization should also be done by including a comparative country that has successfully implemented redenomination in order not to cause public doubt.

"The most important thing to say is the process in other countries that can be used as a reference, so we do not think in a situation as if this is something completely new and cannot be managed," said Sri Mulyani.