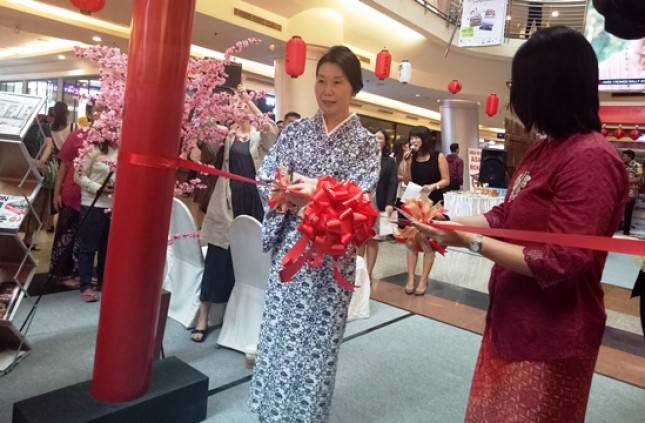 INDUSTRY.co.id - Jakarta- Having a diverse culture and beautiful tourist destinations, making Indonesia more popular in various countries even in the eyes of an overseas official. This was conveyed by Wife of Japanese Ambassador to Indonesia, Ishii Sayoko who said he was interested in Indonesian culture.

"I have my husband set in Indonesia since last year, precisely in April so, it has been 10 months in Indonesia. During this time, I met the friendly Indonesian people, and at that time I was interested in Indonesian culture," said Ishii Sayako in the opening of Japan Fair 2018 at Citywalk Sudirman, Jakarta, Monday (22/1/2018).

"Although Japan and Indonesia are on a single continent, whose journey runs up to seven hours, we have similarities to each other, such as having an equally wealthy nature, a country that has a mountain of Merapi in a way that demonstrates unique persuasion and culture" he said that also uses Yukata, the traditional Japanese clothing.

With the social media that became one of the media to promote and introduce tourism and culture of Indonesia, he also invited to introduce Indonesian culture and tourism to Japan.

"So, not only through social media only, if there is a chance, can visit Japan to introduce Indonesian culture in Japan," he concluded.