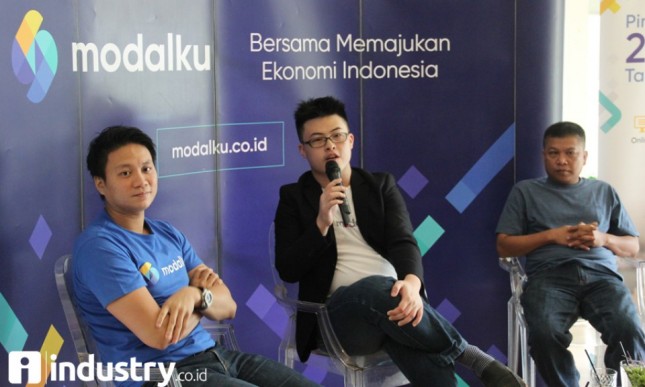 INDUSTRY.co.id - Jakarta - Modalku, as a lending and borrowing service provider based on information technology will focus on targeting micro, small, and medium enterprises (SMEs) that are "unbankable" or have no access to finance.

"We are bridging an unbankable society and running a 'marketplace' business that brings together businesses and lenders In the future we will scale up to make loans more accessible," said Chief Executive Officer (CEO) Modalku, Reynold Wijaya in Jakarta, Thursday (25/1/2018).

Modalku is a trademark of PT Mitrausaha Indonesia Group, which was launched in January 2016 and supports MSME market in Jakarta, Bogor, Depok, Tangerang and Bekasi.

Starting in January 2017, Modalku expanded its service to Bandung area and since May 2017 to Surabaya area. MSME borrowers can apply for a business loan without collateral up to Rp 2 billion.

In addition to Indonesia, Modalku as a borrowing service based on information technology borrowing has also been operating in Singapore and Malaysia under the name Funding Societies.

Collectively, Modalku and Funding Societies have disbursed Rp1 trillion in loans to more than 2,000 MSMEs with approximately 45 thousand lenders.

Especially for in Indonesia, Modalku has channeled more than Rp540 billion to about 1,500 UMKM loans.

Data from the Financial Services Authority showed that credit needs for MSMEs in Indonesia amounted to Rp1,700 trillion per year. Currently, the existing financial institutions are only able to meet Rp700 trillion.

Iwan said the mutual funding of mutual cooperation in the network has contributed more than Rp2.5 trillion throughout 2017 in Indonesia.