Haj funds may be invested in Infrastructure Development 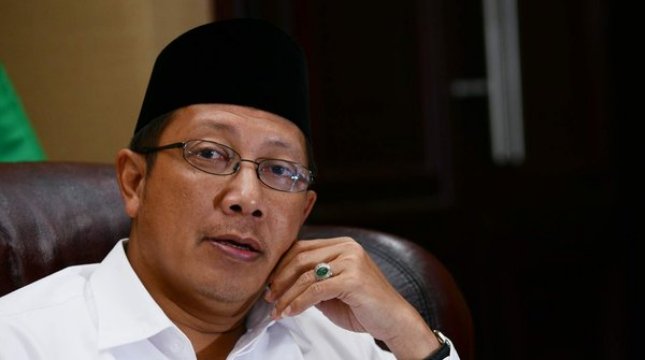 INDUSTRY.co.id - Jakarta-Minister of Religion Lukman Hakim Saifuddin said that the deposit fund for Hajj Operation Cost (BPIH) may be managed for productive things, including infrastructure development. This permit refers to the constitution as well as the jurisprudence.

"Haj funds may be used for infrastructure investments as long as complying with sharia principles, full of prudence, clearly yielding benefits, in accordance with legislation, and for the benefit of pilgrims and the wider community," said Minister of Religion Lukman in Jakarta on Saturday (29/07/2017).

Minister of Religion cites the results of Decision Ijtima Ulama Fatwa Commission of Indonesia in 2012 on the Status of Ownership Fund BPIH Deposit Signing Waiting List (Waiting List). It is stated that BPIH deposit funds for hajj candidates which include waiting lists in the accounts of the Minister of Religious Affairs may be tasharrufed for productive matters, such as placement in syariah banking or invested in sukuk.

The result of the investment belongs to the prospective pilgrims. The manager is entitled to get a reasonable reward / not excessive. However, BPIH funds may not be used for any purpose except to finance the related purposes.

Fatwa is also in line with the rules of law related to the management of pilgrim funds. Law No. 34 of 2014 provides that BPKH as the Deputy will receive a mandate from the Hajj pilgrims as Muwakkil to receive and manage the deposit funds of BPIH.

The mandate is an implementation of a wakalah contract stipulated in a Cooperation Agreement between the Directorate General of Hajj and Umrah Implementation, Ministry of Religious Affairs, and BPIH Recipient Banks regarding receipt and payment of BPIH.

Akad wakalah signed every prospective pilgrim when paying the initial deposit BPIH. Through the wakalah agreement, the Hajj pilgrims as Muwakkil authorize the Ministry of Religious Affairs as the Vice to receive and manage the initial deposit funds of BPIH that have been deposited through BPIH Deposit Receiving Bank (BPS) in accordance with applicable laws and regulations.

Law 34/2014 mandates financial management of pilgrimage implemented by BPKH. This body is authorized to place and invest Hajj finances in the form of banking products, securities, gold, direct investment and other investments. The value of benefits (yield) on the results of haj financial management is intended for the greatest importance of pilgrims.

However, investments made by BPKH should also consider the security, prudence, benefit, and liquidity aspects as well as compliance with sharia principles. This is because the pilgrimage fund is a community fund that will carry out the pilgrimage.

"Furthermore, the executing agency and the supervisory board of BPKH are jointly responsible if there is a loss of investment caused by mistakes and / or negligence in the management," said the Minister of Manpower as stated in the press release.