Trade Minister Enggar Expresses His eesire to Cooperate with PNM 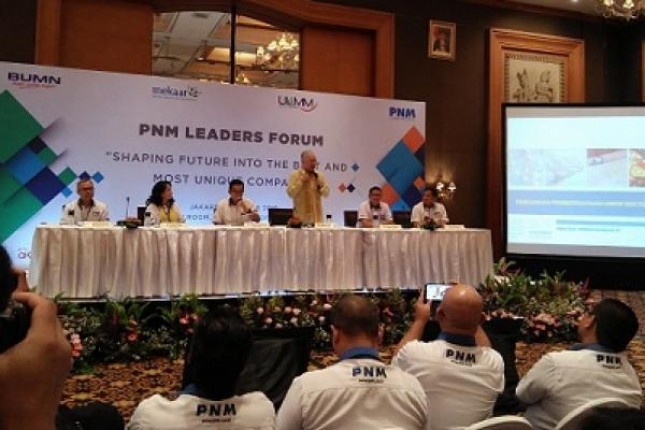 "I appreciate the hard work of PNM who directly channeled the right capital target for the bottom of society," said Enggartiasto Lukita when giving exposure in the event "PNM Leaders Forum" at Hotel Aryaduta, Jakarta, Monday (12/2/2018).

On the occasion, Mendag Enggar also claimed to have aspired to do the empowerment as is done PNM at this time.

"During the three periods of being a member of the House of Representatives, I honestly aspire to do as PNM does today, especially under the leadership of Mr. Parman (PNM Managing Director)," he explained.

The Minister of Trade suggested that PNM's credit distribution should be improved and expanded. The reason, many small traders are currently suffocated large loan interest.

In fact, Enggartiasto hoped that he could have a chance to meet directly with the PNM support groups in various regions.

Enggartiasto said, crediting to housewives is very appropriate, because the group of mothers can manage finances well.

Enggartiasto said, PNM program is in line with the ideals of President Joko Widodo who has great attention on the small community. Therefore, Enggartiato promised to cooperate with PNM.

"Later I will talk to the President Director of PNM to think about cooperation or synergy that can be done in the future," he said.

In addition, Mendag Enggar also promised to propose to President Joko Widodo to provide trade facilities that can help the group of disadvantaged mothers.

"I will propose to the President to provide assistance whether in the form of carts, coolboxes, tents, etc. If President is willing to provide such assistance, the important thing is the target is right," he said.