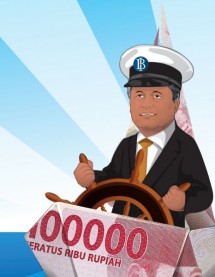 Executive Director of the Department of Communications BI Agusman said BI has not received notice from the House of Representatives about the names of candidates for governor of BI.

"We are sorry Mas Anto we have not been able to give a response because we have not seen the official letter and as far as we know there is no announcement from the House of Representatives as well," said Agus to Industry.co.id in Jakarta, Saturday (25/2/2018).

Known BI Governor Agus Martowardojo will end his term in May 2018.

The House has received a letter containing the names of strong candidates who will occupy the number one person in BI. Too bad the House is reluctant to open for now any of those names.