Alphard and Vellfire Shown with New Faces and Prices 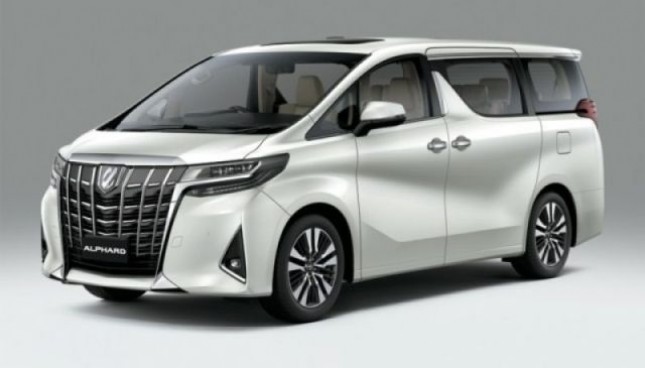 Supported by the rapidly growing luxury MPV market growth, Toyota's two line ups in this segment, Alphard and Vellfire, managed to show slick performance. Seen from throughout 2017, jointly both Toyota flagship models achieved sales of 4,126 units or 41.45% increase compared to the previous year's sales of 2917 units. This figure is far above the growth of sales of luxury MPV segment nationally which amounted to 33.17%, so the market share of this upscale MPV rose to 91.9%, compared to 2016 by 86.5%.

"We greatly appreciate the choice of customers who have placed Alphard and Vellfire as market leaders in the luxury MPV segment. To give customers a higher benefit, Toyota officially launches New Alphard and New Vellfire with more advanced appearance and comfort, "said Vice President Director of PT Toyota-Astra Motor, Henry Tanoto, in a written broadcast in Jakarta on Friday (2 / 3/2018).

Officially Alphard and Vellfire entered Indonesia in 2008. Within 10 years of presence in the national automotive market, total sales of this model has reached 15,789 units. Despite occupying the same segment, Alphard and Vellfire have different characters. New Alphard is designed as a luxury vehicle MPV with more dynamic feel of formal, while New Vellfire displays cool, modern, and hightech nuances. Through the refinement of the design, both exterior, interior, New Alphard now appear increasingly luxurious and charming, while New Vellfire increasingly displaying more distinctive style bold.

New Alphard and New Vellfire are now equipped with several features that support comfort while driving, such as the Digital Rear View Mirror that complements pre-existing parking cameras with additional angle of vision when parking. Especially for variants 2.5 G, 3.5 Q, 2.5 G Vellfire, and Hybrid get additional features in the form of Blind Spot Monitor that serves to further facilitate the driver by increasing the view especially in the blind spot. To support the performance of fuel consumption, specialized in the 3.5 Q variant, is now using the latest auto idling technology.

Especially for the Q variant, now equipped with V6 tech engine with VVt-i and use a new transmission, which is 8 AT. In addition to fuel-efficient, this technology is also more environmentally friendly