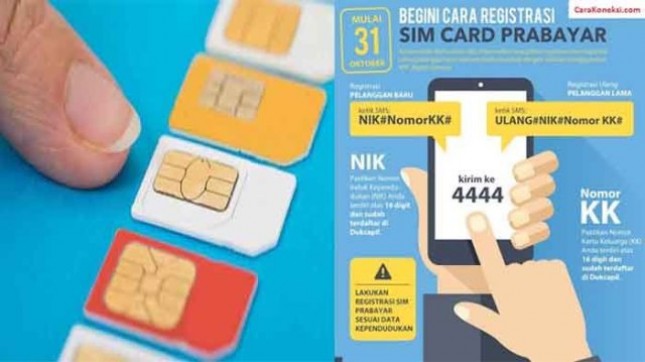 INDUSTRY.co.id - Jakarta - PT Indosat Ooredo Tbk claimed up to now received a report of abuse of personal data for re-registration of a previously viral mobile card in social media and has been dealt with by blocking other numbers using it.

"So far we have come to complain, there is only one.If there is a report like that, people can check yes. If there is indications that there is abuse, people who feel have NIK report to us, we block directly," said Group Head of Regulatory and Government Relations of PT Indosat Ooredoo Tbk Fajar Aji Suryawan, in Jakarta, Wednesday.

After coming to Indosat Gallery and showing ID cards and passing cellular numbers owned, then the number that is not hers directly blocked.

Fajar said the operator does not hold the data of residence, but only distribute the number registered by the customer to be verified with data from the Directorate General of Dukcapil Kemendagri.

After the data is declared valid, he said, the operator declared the re-registration has been successful. The operator can not directly know the data of personal data used several numbers for registration.

"The operators also love the data one by one, Dukcapil also directly reply yes or no. Each number is registered, recorded in Dukcapil. Dukcapil itself does not do the processing, he just recorded," he said again.

Dukcapil Directorate General, said Fajar, do not know a number that has been registered actively or not because just match NIK and KK.

Dawn confirms there is no data leakage because the operator does not hold the data, Kemenkominfo only monitors the traffic, and DG Dapcapil does not provide any data but only verifies.

"Each person is responsible for maintaining the data, the operator does not hold the data, Kemenkominfo is just monitoring the traffic, whose name is no leak," said Fajar.