Rapper Cardi B Give a Clue About Debut Album Release 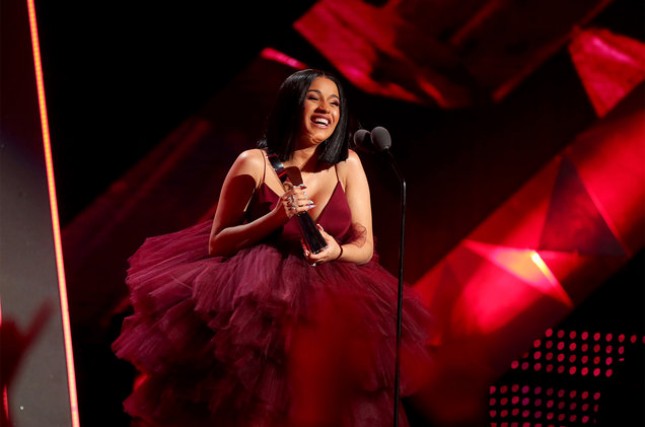 Cardi B in his victory speech at iHeartRadio Music Award 2018. (Photo: Billboard)

INDUSTRY.co.id - United States - After winning the award for Best New Immigrants in the iHeratRadio Music Awards 2018 awards at some time ago, apparently Cardi B gave instructions about the release of her debut album.

In her victory speech, this beautiful rapper announced that she would soon release his debut album in the near future.

Cardi B also do not forget to give thanks to the people closest, including her lover, Kiari Cephus or known as Offset.

"God, I need to thank many people, because many people who helped me achieve success," added the 25-year-old rapper.

"Thank you for all my team, my family, well, thank you for my beloved, for my fans," she continued.

At the end of her speech, Cardi B just announced the release time of his debut album.