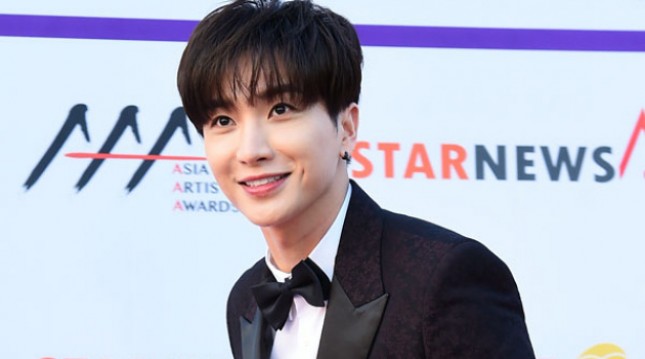 INDUSTRY.co.id - South Korea - Leader of Super Junior boyband Leeteuk has just been talking about Super Junior's popularity through an interview with Sport Seoul some time ago.

According to him, Super Junior's popularity began to fall. For about 14 years of debuting, boyband chanter 'MAMACITA' this must admit if now all does not run like it used to.

The emergence of a younger and fresh new boyband, a long and compulsory military service system and multiple scandals made Super Junior lose their power.

"It was crazy when we were famous. I do not know how that happened, but we just fame. Many celebrities will be disappointed when they come down from their normal position, "said the 34-year-old singer and host.

He also revealed that it is not easy to face the falling popularity.

"Once I feel it, I'm thinking, so it's like this. I can do more but I feel more energy loss than before, "added Leeteuk.

Leeteuk admits that lately he often thinks if Super Junior members are getting older with their fans, sharing it together and spending time together like friends.

"Our Fanclub, Everlasting Friends, as the name implies, I feel that our fans are friends forever. Previously we greeted with 'anyeong haseyo', now we just say 'anyeong'. It seems before they saw us from afar, but now they seem to sit next to us, "lid Leeteuk.