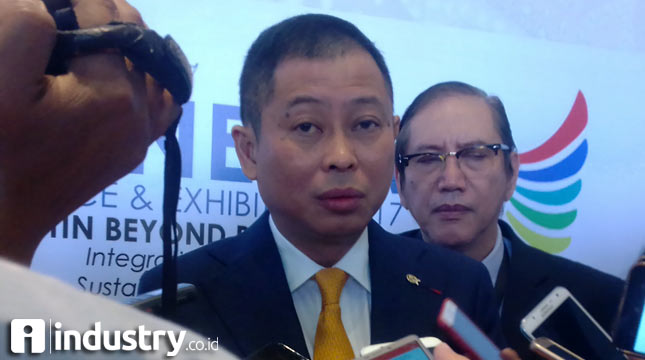 INDUSTRY.co.id - Jakarta - On Thursday, Minister of Energy and Mineral Resources (ESDM) Ignasius Jonan socialized about the results of RUPTL (Electricity Supply Revenue) of PT PLN (Persero) Year 2018 up to 2027.

ESDM Minister Ignasius Jonan said that the changes to RUPTL 2017-2026 need to be done given the realization of macroeconomic indicators in 2017 lower than the target and impact on the growth of electricity sales PLN. Therefore, it is necessary to re-adjust the new plant operating schedule as outlined in the RUPTL 2018-2027.

"Everything is based on predictions of electricity growth and economic growth for the next 10 years, then all adjusted," said Jonan.

In line with the Government's policy of providing sufficient, equitable and affordable electricity, Jonan asks PLN to pay attention to several matters as a consideration of the determination of RUPTL, such as no increase in Electricity Tariff (TTL).

In addition, the construction of the transmission network in Eastern Indonesia until 2027 is adjusted to the electricity needs of the community. RUPTL is also expected to focus on the Electricity Program in Rural Areas with an electrification ratio target of more than 99 percent and can up to 2510 unelected villages by the end of 2019.

The addition of capacity per primary energy type concerns the provisions in this ESDM Ministerial Decree on RUPTL, that is, there is no addition of Coal Power Plant in Java except for PPA and Coal Power Plant development in Sumatra and Kalimantan through mine mouth power plant.

Furthermore, additional PLTG / PLTGU in Java must pass through pipes / wellhead except those already PPA or auctioned. Meanwhile, small power plant development outside Java may use Liquefied Natural Gas (LNG) with platform based facilities. For outside Java, small-scale steam power plant plans are replaced by gas-fired power plants to be more efficient.

RUPTL 2018-2027 has accommodated the utilization of Renewable Energy (EBT) in the planning of power plant development. This can be seen from the portion of EBT in the energy generation of electricity generation in 2025 reaching 23 percent or higher than the share of EBT in RUPTL 2017-2026 of 22.6 percent. In detail the portion of the power generation energy mix in 2025 is EBT (23 percent) Coal (54.4 percent) Gas (22 percent) and BBM (0.4 percent).

The use of fuel for power generation is limited only to rural and Least, Underdeveloped and Outermost areas (3T).

Minister of Energy and Mineral Resources hopes the electricity policy implemented through RUPTL can run well with the support of all parties in order to realize the justice for all Indonesian people. (Ant)