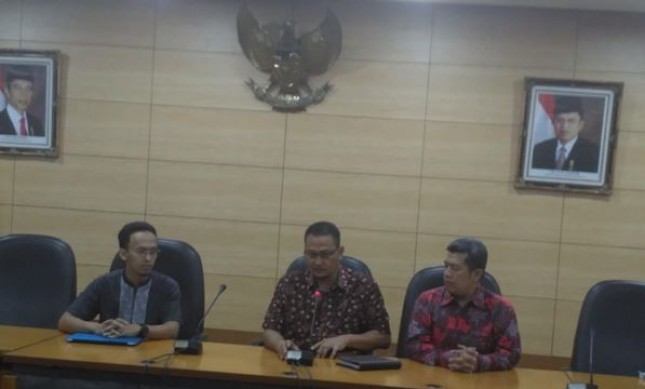 This was stated by Director General of Aptika Kominfo Samuel Abrijani Pangerapan in talks with Twitter representatives. They are Kathleen Reen (Twitter Asia Pacific) and Agung Witjaksono (Twitter Indonesia). The meeting agreed on the creation of a joint program to improve the handling of radical and terrorist content, including child pornography.

"It has been done before, but it encourages the execution to be even faster," said the man who often called Sammy this time held a press conference at the Office of Kominfo, Jakarta, Friday (4/8/2017).

There are two agreed mechanisms. First use flagging like Google, the second using a special form.

Flagging way as usual, reporting by other users. But Kominfo will be granted special access with trusted flagger.

"Users can report content to Twitter, but the handling is long because of the many queues with given trusted flagger, Twitter will give priority handling," said Sammy.

Accounts that get trusted flagger have a rating that will determine the length of the handling. If they always report content that actually violates the rules, then their rating will continue to rise.

Conversely, if you report content that is not really a problem, then the trusted flagger rating of an account will be reduced, so that each of their reports will be slowly handled.

In certain cases, content is often violated by law, but in the rules of the platform owner it is not considered problematic. For example, pornography, between the United States and Indonesia the dose is different. Another example is the humiliation of the state emblem.

If a case is found, the content reporting does not use a trusted flagger. Twitter provides a special form for it that is filled by Kominfo with the included rules.

Although these two mechanisms are different way of reporting, the Twitter sought quickly in handling. "Will be addressed 1x24 hours, but it could be faster," he concluded.