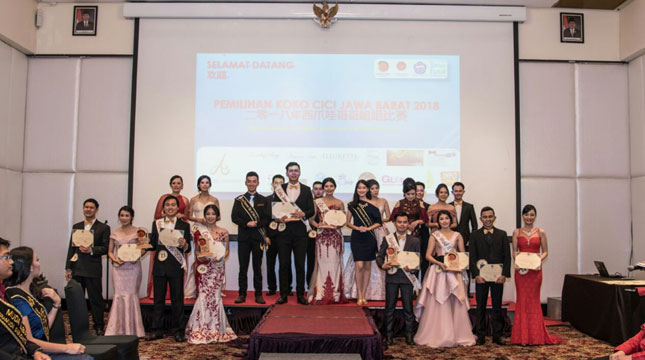 Felia, a girl born in Pontianak 19 years ago is revealed when many participants Koko Cici came from various cities in the area of ​​West Java. However, a participant who passes the interview and managed to be a finalist is only 20 people.

Owen added, there are some tests that are finalists. During the interview, participants were asked about the knowledge of Chinese culture and tourism in Indonesia and West Java in particular. In addition, asked about knowledge of Koko Cici and his commitment to follow this event.

"In the quarantine period, the finalists get the debriefing from IPTI and Koko Cici, do photoshoot, and Koko Cici's typical greeting, and there's also a talent show from the finalists, like Cici Bella featuring singing talent, Cici Angel storytelling and making handcrafted tutorial videos , and Cici Felia showcasing singing talent while playing ukulele and dancing traditional Chinese dance," said Owen, quoted from detik.com

While Owen who is a high school alumnus Xaverius 1 Jambi, featuring storytelling in English and make stop motion about 12 zodiac.

The winners will represent West Java following the national event Koko Cici Indonesia on 6 April. To support the representatives of West Java in the national arena, senior Koi Jabar and IPTI Chairman of West Java will provide materials and training.

"We are very grateful for the moral and material support given by the campus, especially from Student Affairs under the supervision of Vice Rector for Student Affairs and Alumni held by Dr. Agus H. Canny, MA, M.Sc.," said Bella who has become finalist Princess of Tourism Indonesia 2016.