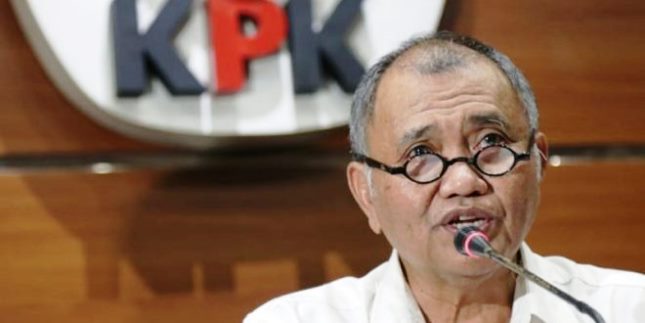 INDUSTRY.co.id - Jakarta - The KPK has assigned three suspects of corruption of Land Procurement for Green Open Space (RTH) in Bandung city government in 2012-2013.

"Related to that, KPK increased the status of case handling to the investigation and set three people as the suspect that is HN (Hery Nurhayat) Head of Bandung Regional Financial and Asset Management (DPKAD), TDQ (Tomtom Dabbul Qomar) and KS (Slamet Member) DPRD Bandung period 2009-2014," said KPK Chairman Agus Rahardjo at a press conference at the KPK building in Jakarta on Friday (20/4/2018)

Hery is known is a corruption grant prisoner 38 fictitious NGOs that cost the state Rp8, 1 billion and corruption grants Bandung City Government 2012 which was sentenced for 9 years in prison in 2015 ago.

"HN (Hery Nurhayat) as head of DPKAD Bandung as well as budget users together TDQ and KS as member of DPRD Bandung 2009 which allegedly with the purpose of benefiting oneself and others or a corporation misusing authority, opportunity and means causing the loss of country of green space in 2012 and 2013," added Agus.

Initially, in the Regional Medium Term Development Plan (RPJMD) of Bandung, it is necessary to have a protected area in the form of green open space to face the threat of water availability and degradation of groundwater quality in Bandung.

To realize these budgets, APBD Bandung 2012 budget year conducted discussion between Hery with Tomtom and Slamet Level as chairman of daily execution of budget agency (banggar) and banggar members.

Appropriate APBD Bandung 2012 passed in the Local Regulation (Perda) Bandung No. 22 of 2012 with the budget allocation for RTH amounted to Rp123.9 billion consisting of capital expenditures of land and supporting expenditures for 6 RTH.

"Allegedly TDQ and KS abuse the authority as a team banggar DPRD Bandung by requesting the addition of the RTH budget allocation, besides that both allegedly acted as a broker in the land acquisition," he said.

While Hery allegedly misusing authority as a Budget User (PA) by helping the process of liquefying land payments for the RTH when it is known that the payment document does not fit the actual conditions that the sale and purchase transactions of land not to the original landowner but through a broker ie Kadar and friends.

The Article regulates the person who violates the law, misuses the authority, opportunity or facilities at his office or position so as to harm the state's finances and economy and enriches himself, another person or corporation with a maximum imprisonment of 20 years in jail for a maximum of Rp 1 billion.