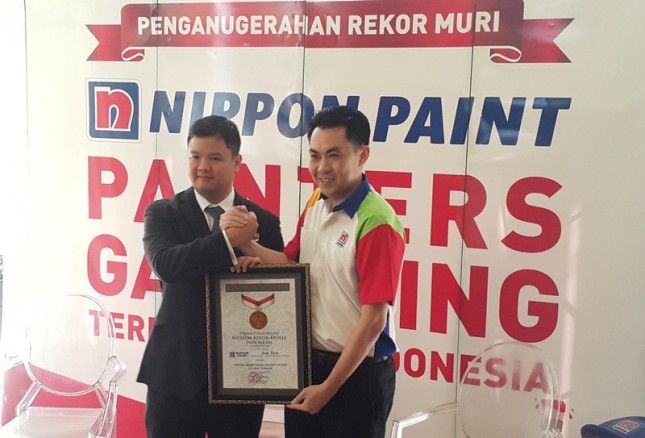 Painters Gathering event is the fourth year held since 2015 ago. Nippon Paint apparently continues to show its commitment in supporting the welfare of paint manufacturers in paint and coating industries, such as painters and foremen.

The training provided by Nippon Paint is holistic which is not only limited to improving painting knowledge and skill, but also to improve their service and ability in marketing services to the community, explained Mark Liew.

Each year, this activity is supported by the owner of the paint shop and building as its own business partner Nippon Paint which has spread in various regions in Indonesia.

Nippon Paint hopes that the paint and coating industry in Indonesia, especially Nippon Paint will continue to invite more foreman and painters as well as scattered business partners to get involved in this Painters Gathering.