BMKG: No Flight Due From Marapi Eruption 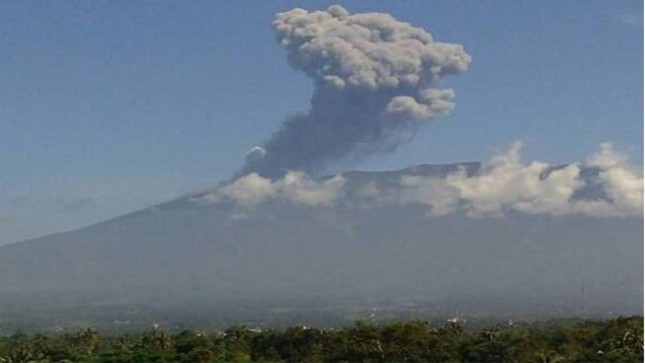 INDUSTRY.co.id - Padang - Meteorology, Climatology and Geophysics Agency (BMKG) of Minangkabau Station, Padang Pariaman District, West Sumatera, said there were no reports of flight disturbance due to Mount Marapi eruption which occurred on Wednesday morning at 07.03 WIB.

"Until now there has been no report into BMKG Minangkabau about flight disruption," said Head of Observation and Information Minangkabau BMKG, Budi Samiadji contacted media crew from Padang, Wednesday (2/5/2018).

Based on Marapi Observer Post (PGA) data of Marapi Sumatera Barat located in Bukittinggi City, recorded height of eruption column is estimated to reach 4,000 meters from the top of the crater.

Budi added that until now the eruption of Marapi also has not affected the weather conditions in West Sumatra. But it will continue to monitor atmospheric developments in the province.

"There has been no impact on the weather conditions in West Sumatra until now," he said.

In addition, BMKG Minangkabau also issued a warning early warning of potential rain on May 2, 2018 with moderate intensity to dense at night in the Mentawai Islands region, Pasaman Barat, Limapuluh Kota, Agam, and Padang Pariaman.

Then the wind blew from the Southwest to the Northeast at a speed of 15 kilometers per hour.

The duration of the earthquake occurred recorded for 485 seconds with amplitude of 10 millimeters. Mount Marapi is still alert (level II). Status has been set since August 2011.

In that circumstance, neighboring communities and tourists are not allowed to move within a radius of three kilometers from the summit of the mountain which is 2,891 meters above sea level.

It will update the information if there is a change in atmospheric conditions in West Sumatra.