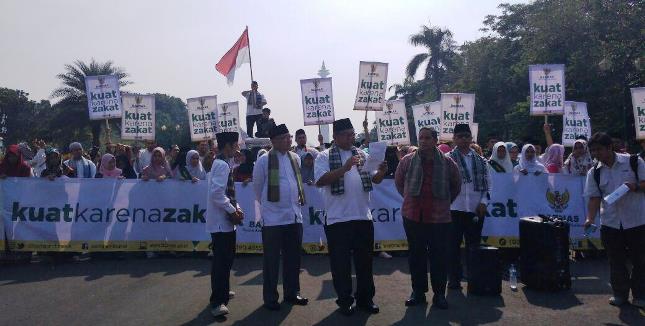 "The target of national zakat Baznas province, City Rp 3 trillion, Rp8 trillion target year, the achievement of the figure rose about 40 percent from last year around Rp40 billion may be Rp 56 billion translucent," he told Industry.co.id in Jakarta on Wednesday (13/6/2018).

He said the achievement of Baznas this center exceeds the national achievement which only rose 20 percent.

"But the central Baznas is up 40 percent because the public believes in BAZNAS," he said.