Dobi, Intelligent Robot from China will be present at Jakarta International Expo Kemayoran 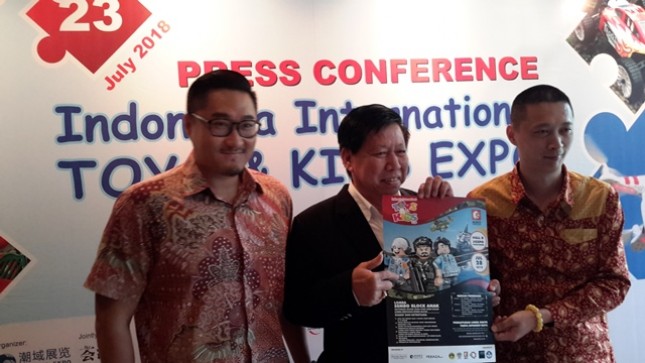 This exhibition is a perfect platform for players in the toy and childcare industry both in Indonesia and Southeast Asia to expand their network and grow their business. The B2B-focused exhibition provides industry players an opportunity to exchange information and find opportunities to collaborate on developing long-term business.

ChaoYu Expo General Manager, Jason Chen, said Indonesia is a lucrative toy market. This is supported by the growth of population, economy and domestic toys needs.

"This exhibition is expected to be a business meeting between entrepreneurs, exporters and all relevant stakeholders in the development of the national toy and child products industry," he said.

According to Jason, IITE 2018 is evolving very well in sight from a vast exhibit that covers 4000 m2, twice as wide as last year's exhibition. It hopes to take the opportunity to promote cooperation between Indonesia and China in toys intelligent robot from China named Dobi.

Robot Dobi is a smart robot who managed to maintain the world record as a robot that can dance simultaneously. This is the first appearance of Dobi Robot outside China, showing the high technology of toy manufacturing in China.

Then, toy cards of 3, 190 tons, marbles or marbles as much as 2.790 tons and assemblies of reduced models such as aircraft models and the like as much as 1.870 tons. Meanwhile, judging from the home country, China became the country that sent the most toys to Indonesia, followed by Singapore, Denmark, Malaysia and Japan.

Lukas Sutjiadi, Chairman of Indonesia Toy Association, said the current toy market is still stable not too lethargic as in the first quarter. Although the imported toy market is around 65-70%, of which about 60% comes from China, it does not really affect the domestic toy industry. (Kormen)