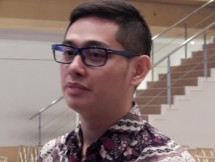 INDUSTRY.co.id - Jakarta - The rupiah exchange rate transacted between banks in Jakarta on Thursday afternoon moved down by 35 points to Rp14,468 compared to the previous Rp14,433 per US dollar.

CSA Research Institute senior analyst Reza Priyambada in Jakarta, Thursday (2/8/2018), said the rupiah exchange rate again depreciated against the US dollar as the economic sentiment of the United States improved.

"US employment data is improving, it can trigger rising inflation expectations that can push the Fed's interest rates to rise in the future," he said.

He added that US bond yields that rose through 3 percent added pressure on currencies in developing countries, money market players tend to accumulate assets denominated in US dollars.

"This fixed decision is in line with expectations. But expectations of the Fed's rate hike for September show an increasing probability," he said.