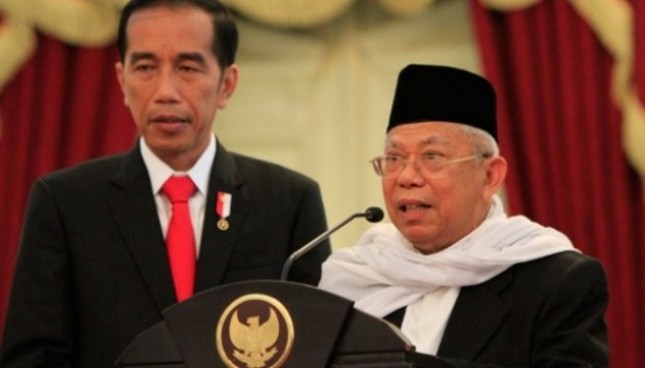 INDUSTRY.co.id - Jakarta - Chairperson of the Indonesian Ulema Council (MUI) Ma'ruf Amin hopes that Dhikr and Prayer for the Nation at the Merdeka Palace, Jakarta can bring blessings to the nation.

"Hopefully this dhikr and prayer will bring blessings to the nation and the state. We must protect the nation and the country," said Ma'ruf in his remarks before the dhikr program began on Monday night (1/8/2018) in the front yard of the palace.

According to Ma'ruf, the Indonesian people need to ask to pray for God's help in maintaining the integrity of the country amid the ongoing challenges.

A number of global challenges that occur in several sectors including the economic field and to the human resources (HR) Indonesia.

The onslaught of global challenges to Indonesian human resources is also a threat of drug abuse to moral damages.

Ma'ruf also appreciated President Joko Widodo who allowed national remembrance to be carried out at the Presidential Palace to pray together to address the state and nation's situation.

In addition to his remarks, President Joko Widodo reminded the Indonesian people to continue to maintain brotherhood and unity amid differences in political choices in the elections and the election of the President and legislative members.

A number of scholars who participated in the event included Kyai Anwar, Kyai Haji Maimun Zubair and Mustofa Aqil Siradj who were also Chairmen of the Hubul Waton Council of Dhikr, as well as the High Priest of the Istiqlal Mosque Nasarudin Umar.

The program began at 7:30 p.m. for around two hours which was attended by around 1,000 people from the Hubul Waton dhikr. (Ant)