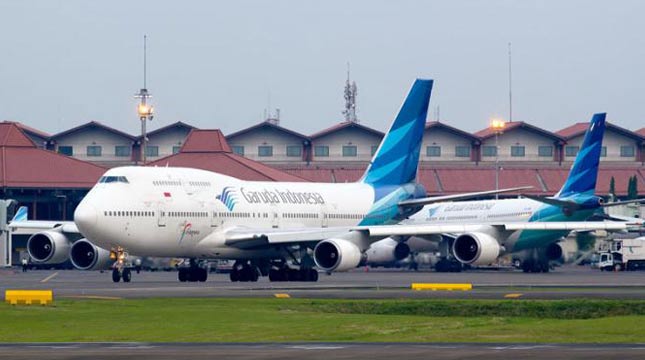 INDUSTRY.co.id - Jakarta - Garuda Indonesia from and to Osaka was canceled until September 6, 2018, the impact of Typhoon typhoon disaster that occurred on September 4, 2018 in Kansai, Japan.

"Cancellation of flights to and from Osaka following the closure of the Kansai airport by the authorities of the Kansai airport due to infrastructure damage at Kansai Airport," said Vice President of Corporate Communications Garuda Indonesia Hengki Heriandono in Jakarta, Wednesday (05/09/2018)

"With the Taifun impact and the temporary closure of the Kansai airport, on 4 - 6 September Garuda Indonesia canceled flights to and from Osaka, GA 888 Cengkareng-Osaka (KIX), GA 889 Osaka-Cengkareng, GA 882 Denpasar-Osaka (KIX) and GA 883 Osaka (KIX) - Denpasar.

Passengers are also encouraged to confirm the contact number or "e-mail" address listed on the ticket so we can contact if there is a change in flight schedule.