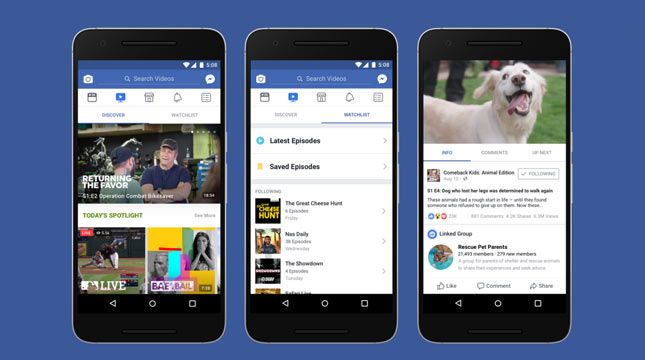 Users will soon see a new look called Watch. The service will offer a variety of events, some of which are funded by the social network.

Quoted by the BBC, the Watch feature will be designed in relation to audience tastes, allowing users to discover new events, according to what their mutual friend is watching.

People who watch videos can also view comments and connect with friends and special groups for those events.

"Watching a show does not mean we have to be passive. This can be an opportunity to share experiences with people who care about the same thing," said Mark Zuckerberg, founder and CEO of Facebook.

Actually, it's been long enough this video feature is in the Facebook system, but largely dominated by amateur videos or short segments of news organizations.

Watch's features can open up new revenue potentials for both parties, Facebook and program makers, while users can predict certain ad serving before and during the event. The plan, Watch feature will be released in limited US before the launch more widely.