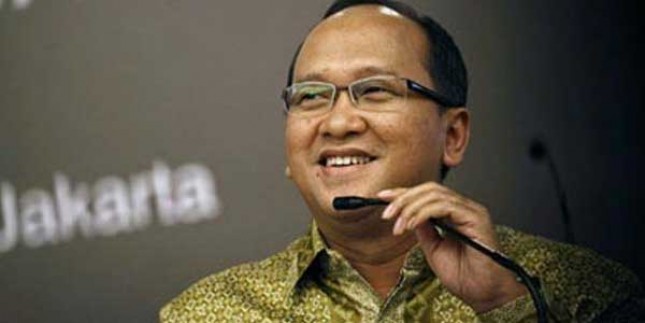 INDUSTRY.co.id - Jakarta- Chairman of the Indonesian Chamber of Commerce and Industry (Kadin) Rosan Roeslani said he was optimistic that 40 percent of foreign exchange export proceeds could return to the country and be converted to rupiah. This step was taken to re-strengthen the rupiah exchange rate against the US dollar. Until now, the DHE brought home by entrepreneurs has only reached the level of 13.7%, but according to Rosan that number will increase.

According to Rosan because the entrepreneurs had previously met and committed themselves to the government to bring DHE back to Indonesia.

"The commitment has been requested (exporters) and has been asked how many details can be converted, how many are in need of goods. This is already underway," he added.

Previously, Bank Indonesia (BI) recorded export earnings (DHE) which were exchanged into rupiahs only reaching US $ 4.4 billion per quarter II-2018.

The data was conveyed by BI Governor Perry Warjiyo during a working meeting (Raker) with the House of Representatives Commission XI on the explanation of the weakening of the rupiah value, Jakarta, Wednesday (05/09/2018).