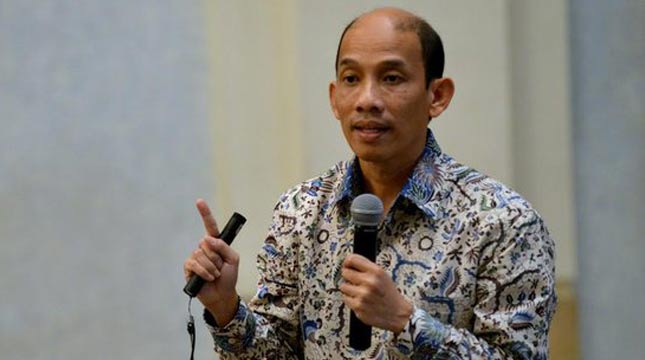 "Our passion for advancing the domestic industry is not just a slogan, we must support the so-called local content," Wamen Arcandra said in remarks before the inauguration and signing of the inscription.

The government, added Arcandra, made two mechanisms in determining the development of oil and gas industry manufacturing. First, in terms of engineering, the specifications must meet the standards required by the industry. Secondly, the price of the product must be competitive so that it can compete in the market. "If the two things we can meet, wherever the industry or manufacturing can come in, and the task of government is also easier because encouraging the inefficient industry will be difficult," said Wamen ESDM.

Such support simultaneously synergizes the gross split fiscal system introduced earlier. "We have an incentive, the main one in the gross split.If he can use domestic production above 30 percent to 50 percent he is given (incentive) two percent of gross revenue.On 70 percent gets four percent above gross revenue," explained Wamen Arcandra.

Wamen Arcandra hopes the existence of PT. Valve Engineering Technology is able to become a pioneer in industrial development especially in upstream oil and gas sector. "We hope that PT Teknologi Rekayasa Valves will open the way for its derivative industries so that they can synergize," Wamen ESDM hopes.

PT. Valve Engineering Technology, established in 2015, and operates in 2016 produces valve which is a very important component for the smooth operation of oil and gas sub sector, geothermal and petrochemical.

Valve Products PT. Valve Engineering Technologies has been produced 100% in Indonesia, with Indonesian experts and has been certified by the American Petroleum Institute (API), API Q1 Quality Management System and API6D Specification for Pipeline Valves.

The Government is committed to facilitate investment in upstream oil and gas business activities. The increase of this investment, will eventually provide a multiplier effect that can be felt by the people of Indonesia.

"If we can push this and replace domestic production it will boost our economic growth, doubling its effect by reducing imports and replacing them with production, which means doubling growth," Wamen Arcandra concluded.