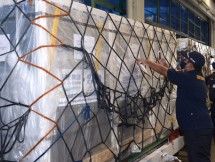 INDUSTRY.co.id - In the mining industry, digitalization allows workers located thousands of kilometers – potentially continents – away to remotely control the movement of raw material from the pit. But this advancement was not easy. It has taken combining various systems and a shift in the mindset of how the data from sensors is handled.

All equipment and systems had to be IoT connected, including sensors and actuators. Cloud-based platforms also had to be implemented. With all of this in place in the pit, decisions are made faster with all the information at hand. And this doesn’t have to only happen from the control room.

IoT-enabled mines facilitate data recovery through scanning, mapping, and digital twins. Information needed to make the right decisions about everything from production flows to maintenance, is available everywhere.

But this connectivity has its drawbacks. Independent systems are not as vulnerable to cyberattacks but as control rooms are integrated with the IoT, companies are facing threats. With 54% of mining and metals companies suffering a significant cybersecurity incident in 2018, the need for protection is always present.

Back at the mine site, AI is also being used as raw materials move from pit to port on conveyor belts, trucks, and rail. And when these are all connected and monitored, safety improves, and efficiency increases.

At the port, integrated supply chains are improving efficiency by as much as 20 percent. Rail systems in Australia, the world’s second-leading supplier of seaborne ore, have led to a massive upscaling in the industry.

Creating digital models of mines by collecting and feeding data into algorithms turned a depleting mine in Arizona into a viable mine for the future. What did AI suggest after being fed historical data? Feed the burner twice the amount of ore. Engineers, cautious of the big mill’s maximum capacity, nervously followed the suggestion of AI.

Sure enough, the mine is once again productive and helping to provide copper to the world’s supply. The algorithm alone was not the magic bullet, it continued to be adjusted by engineers afterwards. And in the case of this AI experiment, feeding it data so it could suggest changes in safety systems was left off the table and in the hands of humans.

We might not be there yet but AI did prove that with the right input it could be used to make vital decisions in regards to processes. AI and big data might sound like a small step. But in the real mining world where safety, reducing costs, and greater efficiency are priorities, this innovation is a giant leap.

Despite fears of automation and AI reducing employment, it may actually increase the number of roles needed to manage the technology. This will have the knock-on effect of keeping people out of dangerous areas and in doing so, improve safety.

The Syama Underground mine in Mali is already reaping the benefits of automation. With fiber optic cable running throughout the mine, transitioning from autonomous transportation of ore underground using laser-based navigation to above-ground GPS systems is easier.

In fact, due to the nature of the mine, the efficiency of repetitive tasks such as drill points and haulage improved. Safety has also been enhanced due to the ventilation control systems becoming integrated with vehicle sensors. Ventilation systems automatically adjust before air reaches toxic levels.

The mining industry can no longer be cast as an old guard where innovation stays hidden below the surface. Mines are moving forward at the pace of technology. Safety will always remain at the heart of this global industry.