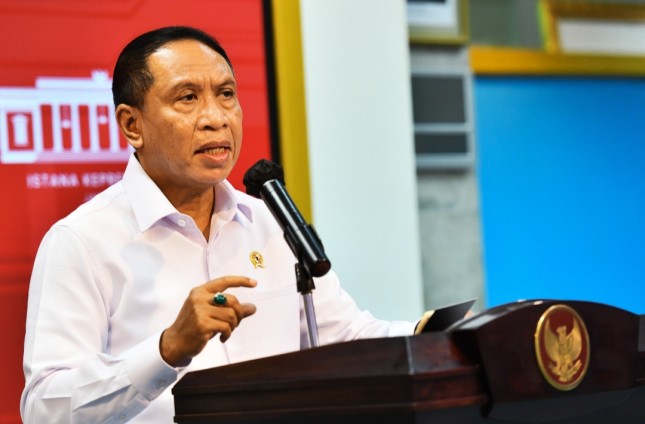 Minister of Youth and Sports Zainudin Amali (Photo by: Documentation of PR of Cabinet Secretariat)

INDUSTRY.co.id - The preparations of physical construction for the National Games (PON) XX in Papua has been running as planned, Minister of Youth and Sports Zainudin Amali has said.

The Minister made the statement during the virtual Forum Merdeka Barat 9 (FMB9) under the theme “the Readiness of the National Games (PON) XX in Papua”, Thursday (24/6).

“We’ve been working on the preparations for sports venues, lodging facilities, transportation, and other important things. The Central Government has also allocated the funding from the state budget for the program to Ministry of Youth and Sports, Ministry of Public Works and Public Housing, Ministry of Communications and Informatics, and Ministry of Transportation,” the Minister said.

According to him, regional governments have carried out their responsibility properly in preparing the program, be it provincial government or regency/city administrations. The preparation was reported at a Limited Meeting chaired by President Joko “Jokowi” Widodo on Monday (15/3).

“After the explanation regarding the program’s preparations, the President asked Governor of Papua, “How are the preparations going so far, Mr. Governor?”, the Governor answered that Papua is ready to hold the 2021 PON,” he said.

Zainudin went on to say that his ministry will continually coordinate with relevant parties related to the preparations on the ground.

“Ministry of Youth and Sports has also deployed personnel in turns. We assign them to monitor the four clusters there,” he said.

The Minister revealed that the physical infrastructure in preparations for the PON XX is no longer an obstacle, including the procurement of several sports equipment.

“The procurement of sports equipment are not only available at the Ministry, it’s also available in the provinces. Regarding the implementation, I am sure it will run according to plan,” Zainudin said.

On that occasion, Zainuding also underscored the importance of non-physical preparations ahead of the PON XX. The main player in organizing the event is the Grand Committee of PON led by Governor of Papua, he added.