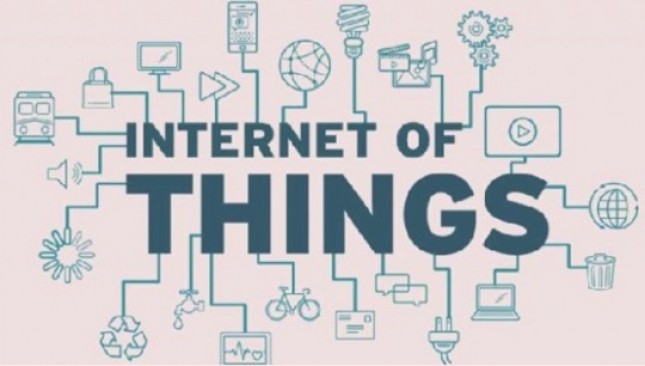 Internet of Things (IOT) is a program that owns ability to send data through a wireless network without computer and human. (Source: accurate.id)

INDUSTRY.co.id - Jakarta - The 5G network penetration is expected to support a development more than 678 million Internet of Things (IOT) devices in Indonesia that is likely to have a market value of USD40 billion in 2025, said Teguh Prasetya, the Chairman of IOT Indonesia Association (ASIOTI).

Internet of Things (IOT) is a program that owns ability to send data through a wireless network without computer and human. In Indonesia, the IOT utilization has increased rapidly, even during the Covid-19 pandemic.

“Currently, IOT has been applied in smart buildings and smart home for getting an easy access of security, monitoring improvement, till providing access for entertainment,” Teguh explained.

Accoording to Teguh, IOT in industry sector is utilized for supporting otomatization and remote production that is capable to monitor and control various activities of factory production machines. Therefore, there are three sectors that until now grow rapidly in utilizing devices that are connected to IOT in current pandemic, namely health, agriculture and energy sectors.

“Throughout this pandemic, the digital healthcare increases rapidly. It is indicated with a rapid growth of thermal detection sales and remote monitoring market increase as well as the health sector for actions of preventive, handling and monitoring,” Teguh said.

Moreover, Teguh disclosed, the increases are also happened in sectors of agriculture and livestock that are capable to minimize operating cost, increase production capacity and sales growth increasing.

Teguh assesses, the government’s support for developing IOT ecosystem is quite large. It is sought through socialization, education and guidance, both to industry and the supplier community, from the Ministry of Industry, Ministry of Communication and Information, Ministry of Manpower and others.

For managing IOT utilization and usage, the government also creates regulations in the publishing form of KM 1 2019 - Kominfo, PM 300-2020 for SKKNI IOT from Ministry of Manpower as well as SNI IOT year 2020 from BSN.

By applying of two direction electric smart meter of PT Miota, the electric consumption is capable to be monitored openly by provider as well as customers. It will prevent an abuse of access and electrical distribution as well as reducing customers’ bill arrears.

Besides, Teguh said, the two directions smart meter is also capable to provide a convenience of electric payment and certainty about the fees paid by customers. It is because the electric payment system is also connected with a mobile device application that is operated by PT Miota.

“Through Muba Listrik Pintar application, the customers can monitor and controll the daily electric usage. It has a positive impact because they can avoid an electricity payment arrears,” said Augie Bunyamin, the Director of PT Muba Electric Power.

Teguh is sure, the successfulness of PT Miota in managing PLN customers in Musi Banyuasin will become a pilot project for all of PLN in Indonesia.

Teguh predicted, due to a new technology development of chipset, sensor, devices, networking, platform up to application in all sectors, the utilization and usage of IOT will increase in every single day, by household, industry and the government in the future. (Abraham Sihombing)