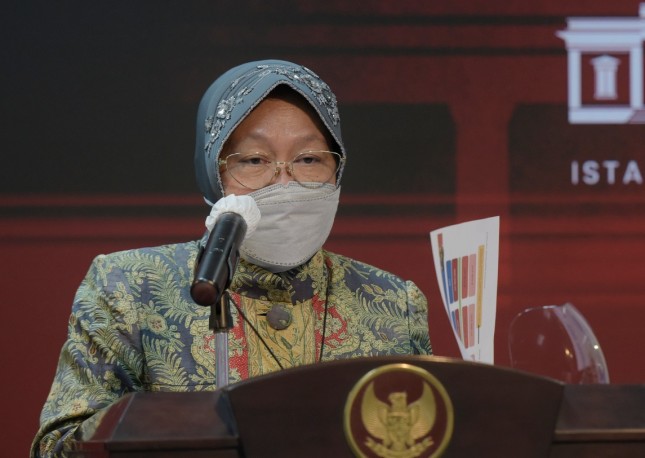 INDUSTRY.co.id - Minister of Social Affairs Tri Rismaharini emphasized that the role of regional governments is the key in distributing social assistances on target.

This is in line with the provisions of the Law which authorize regional governments to update poverty data. In the process of updating the data, the Law states that the regional governments have the authority to determine who is eligible to be listed in the Integrated Social Welfare Data (DTKS) and who is not.

“Updating the DTKS is the regional authority according to the provisions of Law Number 13/2011. The process starts from the village or urban village discussion. Then the discussion levels up to the upper level. So, the regional governments have full authority to determine who is eligible to receive assistances and who is not,” Tri said on Thursday (2/9).

Referring to Law Number 13 of 2011 on Handling of the Poor, updating data is the authority of regency/city governments. This is contained in Articles 8, 9, and 10 which mandates that data updating is a tiered process assigned to regency/city governments. In Article 8, it is stated that the verification and validation as referred to in paragraph (4) is carried out by social welfare unit in the sub-district, urban village or village.

“Ministry of Social Affairs does not directly collect the data. The Ministry’s task is to validate the data which is already prepared by the regions. The problem is, there are still regency / city governments that are lacking or even stop carrying out updates,” said Risma.

For this reason, she reminded the regional governments to be active and monitor the data updating process as the poverty data is dynamic. Some have moved or died, some may have improved their economy status so they are no longer eligible to receive the assistances, she added.

Minister: Supports of Papuan People Vital for Success of National…

PT Hydrotech Metal Indonesia has established a partnership with another Japanese company. This time, the owner of the STAL (Step Temperature Acid Leach) technology is collaborating with MESCO,…

The COVID-19 Handling Task Force has confirmed that PeduliLindungia.com is a fake website whose name resembles that of the official Government website.