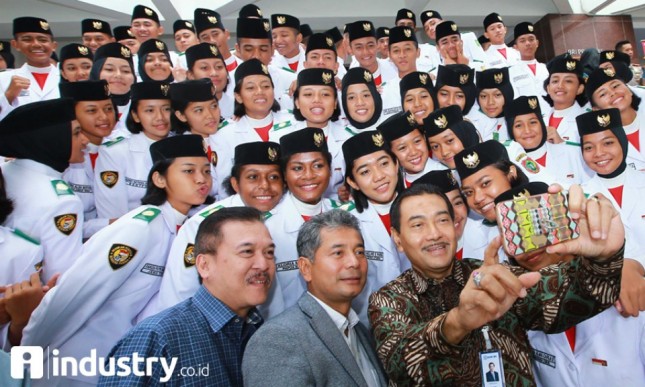 INDUSTRY.co.id - Semarang - PT Bank Rakyat Indonesia Tbk (BBRI), or Bank BRI, is mandated by the government to become one of the financial services institutions in charge of channeling housing microfinance for non-permanent income communities.

Housing microfinance is a special scheme aimed at non-permanent income groups. The reason, this community group is not suitable to get financing through home mortgage scheme (KPR) as in general. This group is considered not appropriate to obtain housing finance involving large amounts of funds in the long term to decades.

Housing microfinance scheme is considered more appropriate because credit from financial service institutions gradually, starting the process of buying lots, foundation construction, to the construction of house structures and renovations.

In every stage of financing, the loan disbursed is set at a maximum of Rp50 million within a maximum period of 5 years.

The appointment of BRI as one of the financing institutions for housing microfinance is stipulated after signing a memorandum of understanding (MOU) with the Ministry of Public Works and People's Housing. MoU signing was done in Semarang, Wednesday (23/08/2017).

The housing microfinance program is part of the One Million House development program launched by the government.