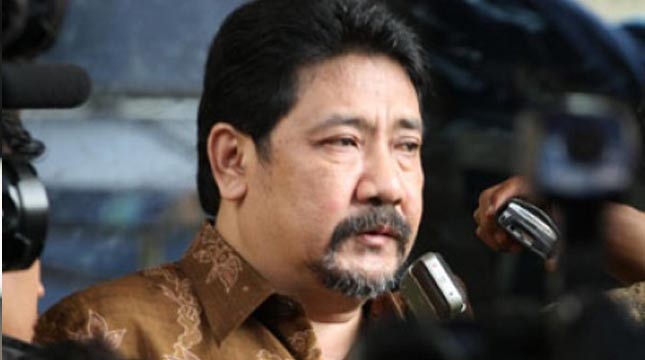 INDUSTRY.co.id - Jakarta - Chairman of Setara Institute Hendardi urged President Joko Widodo to immediately intervene to save the Corruption Eradication Commission (KPK) from the efforts of weakening.

"President Jokowi cannot continue to remain silent on the grounds of the Special Committee of the House of Representatives (DPR), because Jokowi has the political resources to save KPK's weakening efforts," said Hendardi in Jakarta, Thursday (7/9/2017)

Hendardi explained that the working dynamics of the KPK's Special Committee on the Rights of Questionnaire showed more clearly the assumption of many parties about the actual motive of the formation of the Pansus Questionnaire, spreading destructive opinions about the KPK to legitimize a number of regulatory changes that weakened the KPK.

Calling the prosecutors, judges in the process of collecting information by the House of Representatives Special Committee Special Committee Hendardi explicitly has been banging the organs of law enforcement in the criminal justice system in Indonesia. The voice that weakens the KPK is not only coming from the KPK Questionnaires Committee but also from other law enforcement organizations.

Hendardi suggested that both KPK and Pansus Angket should refrain from competing against each other.

Although the legal efforts related to the reporting of KPK Chairman Agus Raharjo to the police institution is a legal right of everyone, Hendardi said, but the political context behind the reporting that makes the report unfortunate.

Although the Police is limited to carrying out normative procedures to process various public reports, episodes of Polri and KPK tensions may occur.

In addition to Police, prosecutors and judges who vent in front of the KPK Questionnaires Committee has also widened the issue.

"If within the framework of the KPK Questionnaires Committee, the House of Representatives claims to carry out the oversight function, then the opinions emerging from other law enforcement agencies illustrate the dislike of the KPK because of its extraordinary authority," he told media crews.

According to Hendardi in addition to the controversy attached to the process of its formation, politically the Pansus Angket has actually lost legitimacy, with unanimous support of political parties.

In addition, he said, the work methodology is not focused as a questionnaire function, namely the supervision of the House of Representatives of the supervised organs only in running the Act is not a case by case make the good intentions of the House of Justice is doubtful.

"What is the relevance of the House of Representatives visiting the 'safe house' KPK, calling the reporter Novel Baswedan in the theft of swiftlet nest ?," said Hendardi.

But added Hendardi, despite the good intentions of the Obsessive Questionnaire of KPK, the 11 findings released on (21/8) only repeat statements of members of the Special Committee that have been repeatedly presented to the public and legitimized as a product of state institutions.

"Good intentions to organize and or strengthen the KPK are difficult to get public support as long as the DPR does not show real support to the KPK," Hendardi said.

Hendardi suggested instead of disposing of the state budget, President Jokowi should immediately discipline members of his coalition party to stop the further process that will be done Special Committee