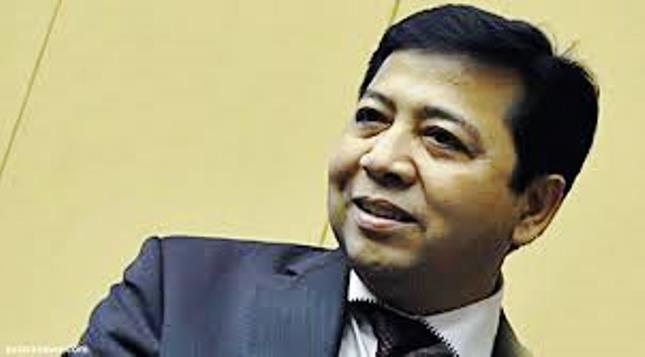 INDUSTRY.co.id - Jakarta - Setya Novanto, a suspect in the case of alleged corruption of KTP-e-electronic project in 2011-2012 at the Ministry of Home Affairs did not meet the Corruption Eradication Commission's examination on Monday (12/9/2017) due to illness.

"Based on the results of the doctor's examination, yesterday after Mr. Novanto exercised and then the sugar rose after being examined, the kidney implications and last night were examined, there was also an effect on the heart," said Golkar Party secretary general Idrus Marham at KPK Building Jakarta, Monday.

Idrus also appeared to be accompanied by representatives from the Golkar Party Advocacy Agency and attorney team Setya Novanto to send a letter of illness from Siloam Semanggi Hospital Jakarta to KPK.

"Our presence delivered the attached letter and the doctor's statement and there are certainly some things to convey to the KPK that Setya Novanto to attend at this time is not possible because of the health condition," he said.

Furthermore, Idrus stated that Novanto has been hospitalized at Siloam Semanggi Hospital since Sunday (10/9).

KPK has appointed Chairman of the House Setya Novanto (Setnov) as a suspect case of alleged corruption crime procurement package implementation of ID card based on the national population number (KTP-e) in 2011-2012 in Kemendagri on Monday (17/7).

"The KPK found sufficient initial evidence to appoint another suspect in the case of KPK to determine SN (Setya Novanto) member of the House of Representatives for the period 2009-2014 as a suspect for allegedly to benefit himself or others or a corporation misusing authority, opportunity or means which is there because of his position or his position so that it is suspected to cause state losses of at least Rp2.3 trillion of the procurement package value of around Rp5.9 trillion in the procurement package of KTP-e at Kemendagri, "said KPK Chairman Agus Rahardjo at the KPK building here on Monday 17/7).

The article regulates the person who violates the law, misuses the authority, opportunity or facilities in which the position or position may be detrimental to the state's finances and economy and enriches itself, another person or corporation with a maximum imprisonment of 20 years and a maximum fine of Rp 1 billion.

Setya Novanto has also filed a pretrial petition in the South Jakarta District Court. The preliminary hearing of Novanto is scheduled on Tuesday (09/12/2017).