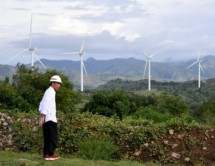 BAYU management targets the travel fair can earn up to Rp70 billion. That's because the target number of tourist visits, especially those visiting overseas is quite large.

"Visitors to the exhibition for 3 days were predicted 10,000 people. Tickets sold are targeted to reach 3,500-4,000 tickets, so the revenue target of Rp70 billion, I think is quite logical, "said Agustinus Pake Seko, President Director of BAYU, in a media gathering in Jakarta on Tuesday (26/09/2017).

Augustine argued, public interest to vacation abroad continues to increase. That's because of the ease in handling passports and visas which are important travel documents abroad.

"The condition changes the way people think today, that vacation has become a necessary requirement compared to the first where people still think that vacation is a necessity number umpteen," said Augustine.

According to Directorate General of Immigration Kemenkum and Human Rights data, people who leave for holiday in 2016 increased 10.4% to 492,532 people compared to 441,340 people in the previous year. (Abraham Sihombing)