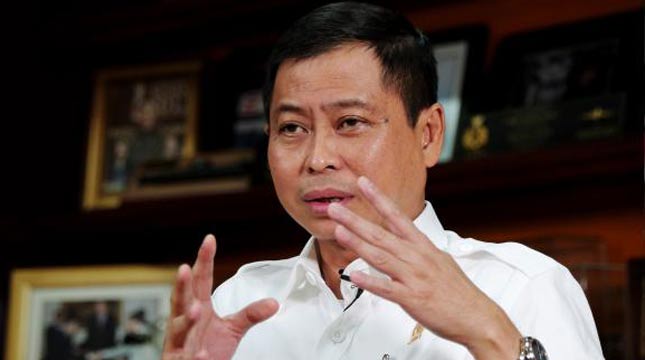 INDUSTRY.co.id - Jakarta, Papua Region has huge energy and mineral potential. The government continues to work on developing the existing potential and to develop equitable energy infrastructure so that the local people will get maximum benefits.

The development of the energy and mineral resources sector continues to be carried out by the Government through the Ministry of Energy and Mineral Resources (ESDM), such as rural electricity programs, the development of new renewable energy-based generators, and the provision of Energy Saving Solar Lights (LTSHE).

Other activities of the ESDM sector are expected to break down the limitations of the Papua region, namely the development of urban gas networks, the provision of clean water facilities (groundwater drilling wells) and the BBM Satu Price policy.

"In order for the entire community to enjoy the welfare, the government made various efforts, among others, to increase the national electrification ratio which currently has reached 92.8% percent or above the target of 92.75 percent, suppress the energy subsidy as much as possible without sacrificing people's purchasing power, building infrastructure such as natural gas distribution network for households in various parts of Indonesia, " said Minister of ESDM, Ignasius Jonan in Jakarta (4/10/2017).

Providing electricity supply for the people of the two easternmost provinces of Indonesia, the Government this year to 2019 will build no less than 29 power plants (20 power plants in Papua and 9 generators in West Papua) made from gas and coal.

"In addition to constructing new renewable energy-based power plants in remote locations separated from PLN's infrastructure network and providing LTSHE lamps for 16,394 families in West Papua and 120,894 families in Papua," he added.

"Building Papua will continue to work until the Papuan people feel the same with their brothers in Java and other areas," said Jonan.