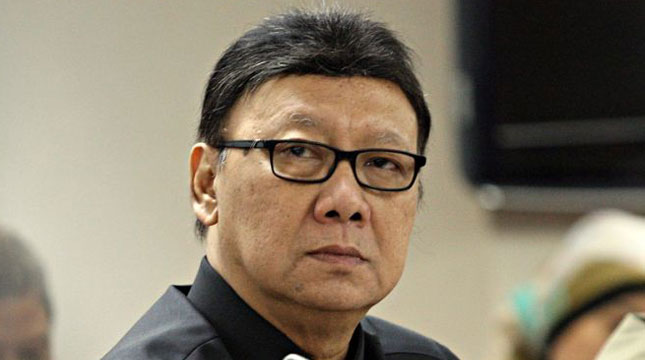 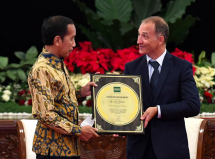 INDUSTRY.co.id - Surabaya- Indonesian Interior Minister Tjahjo Kumolo insists he is ready to fight anyone who insulted President Joko Widodo as a symbol of the country.

"As an aide to the President will be ready to fight against anyone who insulted him, including harassing the symbol of the country," he told reporters after becoming the commemorative ceremony of the 72nd Anniversary of East Java Province at Tugu Pahlawan Surabaya, Thursday (12/2017)

It also invites all elements of society to maintain the value and dignity of the nation by being assertive against anyone who seeks to break the symbol of the country.

"Not only the role of TNI and Police to maintain the unity of this country, but we as the people and the people of Indonesia must work together to do the best to safeguard it," said the former Secretary General of the PDI Perjungan.

As a nation that embraces a democratic system that provides space for the public opinion, he said, he invites anyone who wants to provide input, criticism and advice to the government on condition not to violate existing rules.

"Criticism is permissible, give opinion, so the opposition may but there are rules that exist Do not slander, do not say hatred and do not indulgence SARA This is what must be resisted," he said as quoted by Antara.

On the other hand, the Minister of Home Affairs also reminded that 2018 is a political year held in 171 elections simultaneously and entered the stages of Legislative Election and Presidential Election 2019.

He expects all elements, from candidates to regional heads, legislative candidates, and successful teams to individuals who do not convey hate speech because it will negatively and damage the nation.

"Instead they have to collide concepts and ideas, then invite the community to participate actively in order to create a trustful leader, integrity in accordance with the people's choice," he said.