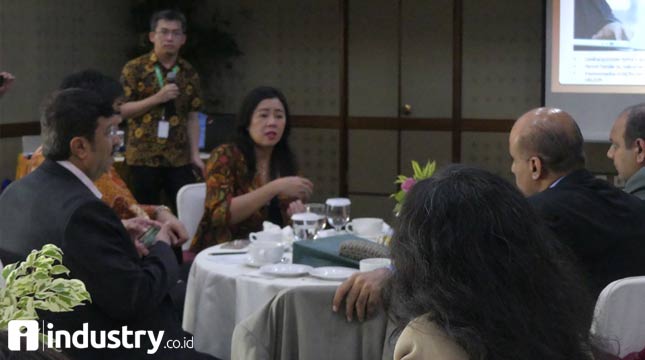 One of them is by introducing various ease of investment which is done in Indonesia Especially in Industrial Area owned by Jababeka Group. On Thursday, (12/10/2017) yesterday, Jababeka Group received delegation visits from Karachi, Pakistan which brought about 15 large companies from the country.

"We invite investors Foreign investors who were willing to trade only, we give information so that investors know what the potential investment in Indonesia, what easiness, what government support, support from us as developers or managers of what kind of industry , "Susan told INDUSTRY.co.id on the sidelines of the Karachi Delegation.

"We are awakening, looking at this huge potential so that they want to go for investment in Indonesia especially in industrial area Jababeka Group, whether it is in Industrial Area Kendal, Morotai, Cikarang and in Tanjung Lesung," added Susan.

He said there were about 15 large companies attending the visit attending the visit. From the series of visits, the delegates are also invited to follow the tour to Cikarang Dry Port and some companies that have established factories in Jababeka Industrial Estate, among others, PT.Conwood, PT. Indosultan Indonesia, and PT. Indraloka.

"There are about 15 companies coming from the initial plan of 25 companies, and after this meeting we are still follow up because there are members of their association who can not attend, they are also interested in investment and listening about Jababeka Group," he continued.

The delegates also looked very enthusiastic when taken following the tour. "Why we bring it here (cikarang), because this is our first Pakistani investor in jababeka group, so they are convinced that the investment condition in Indonesia especially in Jababeka group is very conducive and easy, not as difficult as they imagine," he said.

On the occasion also attended also the President Director of PT Grahabuana Cikarang Sutedja Darmono and also the Consulate General of the Republic of Indonesia in Karachi Yuda Virwanto Triady.

SOEs Must Continue to Transform Despite Pandemic, President Jokowi…