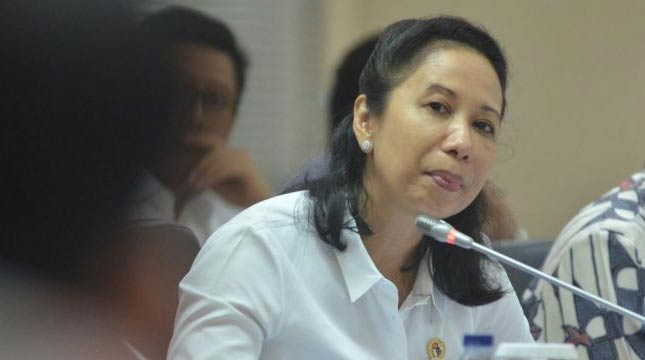 INDUSTRY.co.id - Yogayakarta - State-Owned Enterprise Minister Rini Soemarno targets the total assets of all state-owned companies by 2017 to reach Rp7,200 trillion, up from 2016 worth Rp6,300 trillion.

According to Rini, to achieve an increase in asset values ​​and profits in 2017 it takes hard work accompanied by cooperation and synergy efforts between SOEs.

"It will not be achieved if we do not work together, synergize and help each other," said Rini.

Rini assessed the ability of SOEs to achieve assets worth Rp6.3 trillion with a profit of Rp163 trillion is the result of synergy between SOEs that continue to be built.

"I am proud that all state-owned companies are getting closer and closer to getting us together as a big family," she said.

Attending the celebration ceremony of SOEs anniversary, Vice Governor of DIY KGPAA Pakualam X, as well as all directors of SOEs, BUMN commissioners, and employees of several state-owned companies.

In the ceremony of the celebration of the SOEs anniversary was also carried out a symbolic handover CSR to 18 beneficiaries in Yogyakarta worth more than Rp13 billion.

The anniversary event with 28 BUMNs that have birthday in February-April 2017 period was held 21-22 April 2017 in Yogyakarta and Central Java with the theme "SOEs Present To The State, Realize Indonesia Digdaya".